June 2, 2021 (Source) — Viscount Mining Corp. (TSXV: VML) (OTCQB: VLMGF) (“Viscount Mining”) is pleased to announce it has received the first hole of ten drilled in our second phase of a three-phase drill program at its Silver Cliff property in Colorado. 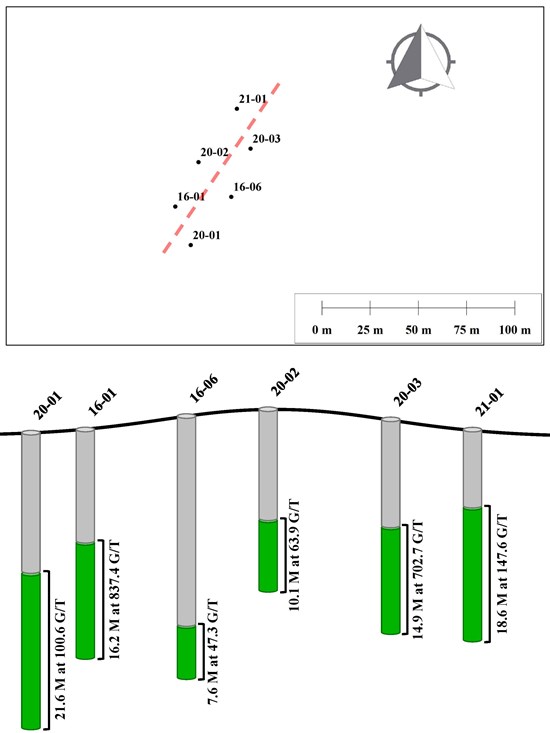 The holes drilled in the Kate East Zone trend to the North-East. A similar trend was also noted in the geophysical magnetometer survey. Both the low response and the high response show a strong North-East, South-West trend. This will be further investigated this summer. The Kate East Zone consists of 17 holes to date, and measures about 300 meters from South-West to North-East, and is 125 meters at it widest. It is currently open ended in both directions, and the sides are not yet defined. An additional four holes were drilled in this zone in April, and we are awaiting those results.

Viscount’s combined 2020/2021 program has three objectives. They are to expand on ACS 2018 resource estimate of the Kate Silver Resource. We are also investigating the Kate East Zone, as well as continued evaluation of several other promising targets.

Jim MacKenzie, President and CEO: “We are very proud of the progress Viscount is making at the Kate Silver Deposit. The drill results from the Kate East Zone has demonstrated the deposit to be open ended in all directions. The next phase of drilling will allow us continue to step out drill holes on all sides of the deposit which will make our goal of expanding the current NI 43-101 resource possible.” 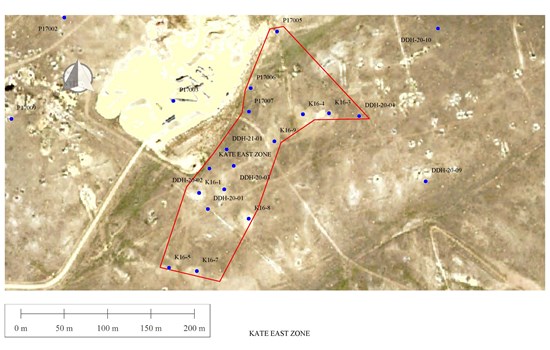 An internal report from CoCa Mines in 1983 estimated a potential resource of 40 million short tons (not NI 43-101 compliant and therefore not to be relied upon) at the Passiflora, based on 14 drill holes with the best intercept reporting to be 256 g/t silver and 1.4 g/t gold. Viscount drilled one hole in the Passiflora in 2020 to a depth of 193.9 m that showed anomalous silver throughout, some anomalous gold as well as strong silica and clay alteration and pyritization over most of the hole. An additional 3 holes were drilled in April in this target, and Viscount is waiting to receive the analytical results.

Phase 3 will be focusing on the discoveries of Phase 2, and looking towards expanding the Kate Silver Resource to the North.

All the drilling to date has been core. The company has implemented a rigorous quality assurance/quality control program at the Silver Cliff project. Core is retrieved from the drill site to a locked storage facility, where it is logged and then cut by independent geologists. Half of the core is bagged, and standards, blanks and duplicates are frequently inserted in to the sample stream. These are then boxed and then shipped via UPS to Skyline Labs in Tucson, Arizona. Pulps and rejects will then be retrieved, and stored with the split core at our locked facility.