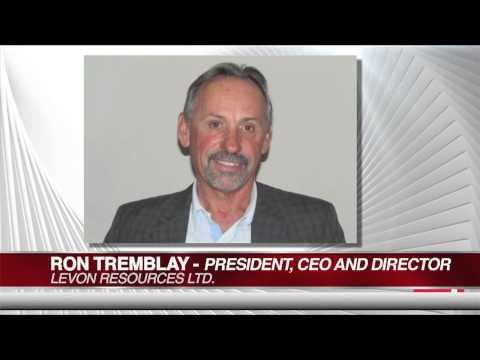 August 10, 2015 — Tracy Weslosky, Editor-in-Chief and Publisher of InvestorIntel speaks to Ron Tremblay, the CEO, President and Director for Levon Resources (TSX: LVN), about Levon’s investment in the new SciVac Therapeutics Inc. (TSX: VAC | OTCQX: SVACF). Levon, which has a poly-metallic flagship silver, gold, lead and zinc Cordero project in Mexico, discusses how the investment in Pershing Gold, lead to the investment in a hepatitis vaccine. He says when asked about the leap from resources to biotech: “That’s how people get rich is by doing deals that are out of the box instead of doing the same thing as everyone else.”

Tracy Weslosky: We received a comment on InvestorIntel today. It said, can you or someone else reading this, reply, comment briefly and explain the transaction taking place at Levon? Let’s start there.

Ron Tremblay: Okay. Well, I know it’s a little complicated for a lot of people. It’s out of the box, but you know, that’s how people get rich is by doing deals that are out of the box instead of doing the same thing as everyone else. We determined that the market was not very favorable for mining projects at the moment. We’ve been looking and looking at various mining projects to expand our company or look at other opportunities out there. Through all of my hard work out on the road I finally ran into some people that are very exciting and very wealthy and involved in the biotech space. We made an investment in one of their companies, mining companies, Pershing Gold. Through that investment, afterwards they said to me  — well they wanted to merge the two originally, but then we decided that we didn’t want to do that. We ended up doing a private placement into Pershing, which is turning out well for us. Then they said, you know, would you consider thinking about spinning off the mining assets and getting involved in a biotech deal? I said, you know, I’ll take a look at it? Why not? Anyways, after many months of looking at various different things we decided that we liked the SciVac deal and decided that we could create a lot of shareholder value. At the time we were trading at $0.20 roughly, which was about cash value or right around cash value. Obviously we weren’t getting any value for our asset, our mining asset so we were looking at how we can create value for our shareholders. Of course, I’m the largest shareholder or was the largest shareholder. I don’t know anymore.

Obviously it’s in my best interest along with everybody else’s best interest to see something happen. After much work and spending a lot of time and a lot of lawyers, a lot of legal, a lot of research, a lot of studying and a lot of due diligence we finally decided through our board of directors and our special committee to go ahead and do the deal. It was a long involved process, a lot longer than I anticipated, but at the end of the day I think it’s going to work out real well for everyone. We’re very excited about it. We’re up and trading now under the two companies. We’re trading at about a 20% premium of what we closed at yesterday (interview was filmed on July 14, 2015). I think that’s a pretty good indication that the market likes what we’re doing. I certainly had a lot of calls and emails from shareholders that are happy with what we’re doing. We’re excited about…to access the rest of this interview, click here