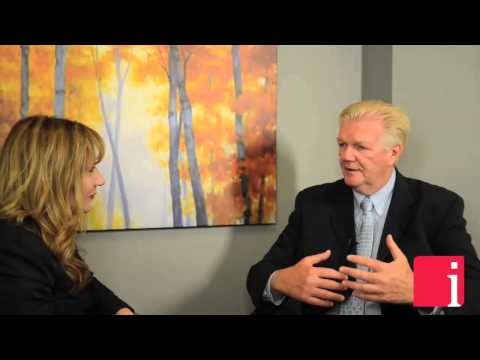 July 31, 2014 — Tracy Weslosky, Editor-in-Chief and Publisher of InvestorIntel speaks to Harry Barr, President and CEO of El Nino Ventures (‘ELN’, TSXV: ELN) about a copper exploration project in the Democratic Republic of Congo (DRC) and two zinc-lead-silver exploration and development projects in the Bathurst Mining Camp, New Brunswick. ELN has recently announced a deal with MMG (a Chinese controlled group with a USD$ 2 billion market cap), one of the world’s largest producers of zinc and a major producer of copper, lead, gold and silver in the DRC. Under the deal, ELN has entered into an Option Agreement with MMG, whereby the latter will acquire 100% of ELN’s 70% interest in Infinity Resources, the joint venture company that owns the Kasala permits. Kasala is one of the newest copper discoveries in the Central African Copper belt mineralized zone.

Harry says the deal amounts to about USD$ 21 million, there’s USD$15 million in exploration and about USD$ 6,098,000 million in cash and a royalty of 1.5%. Acquisition of Kasala is certainly suitable for MMG and it makes a practical business sense because “if Kasala becomes a mine MMG can easily haul the ore for less than 25 km to their magnificent brand new 1.2 billion dollar facility, Kinsevere mine, that’s very ore hungry.” Over time the deal will allow ELN to recapitalize, said Harry: “over time we will collect more than six million US dollars. Additionally we’ll be able to develop Kasala with MMG’s USD$ 15 million ongoing exploration investments.  We believe that USD$ 15 million exploration commitment will develop the project significantly and will generate positive results that will be announced to the public in a timely manner Positive results from Kasala’s exploration programs can have a positive impact on our share prices .We try to find new mines and deposits and now we have a big partner that can help us to achieve our goals. Based on our agreement with MMG we have  obtained a 1.5% Net Smelter Royalty which if Kasala gets to the operation stage it will generate a sustainable cash flow for ELN. We’re quite excited about the DRC deal but there’s more.” And as Tracy points out, there really is more; ELN has not put all its eggs in one DRC basket as there are other deals with Glencore and Votorantim Canada in the pipeline.

Glencore is the world’s 12th largest company and one of the largest commodity trading companies in the world. ELN has a 50-50 joint venture agreement with Glencore at the Bathurst mining camp. The camp consists of billion dollar infrastructure located in the world class mining district of New Brunswick. It is home to the largest underground zinc mine in North America, the Brunswick Number 12 deposit, which contained nearly 295 million tonnes of massive sulphides. The Bathurst Camp is host to a number of past and present mines that contained zinc, lead and silver deposits of varying sizes.

ELN has also made a deal with Votorantim, Brazil’s second-largest mining company with a significant presence in North America. They came to Canada about five years ago. ELN and Votorantim did entered into a Joint Venture Agreement and : “We picked up a project call Murray brook, which was discovered in the fifties but really, it didn’t had any modern exploration done. We did three phases a work on it we developed the project to PEA stage, with close to 19 million tonnes (Measured and Indicated) Zn, Cu and Pb @ %3.8  .” Meanwhile, zinc prices have been going up; last week they moved above the one dollar mark. There are only a handful of zinc companies in Canada and ELN is one of them.

Disclaimer: El Nino Ventures is an advertorial member of InvestorIntel.