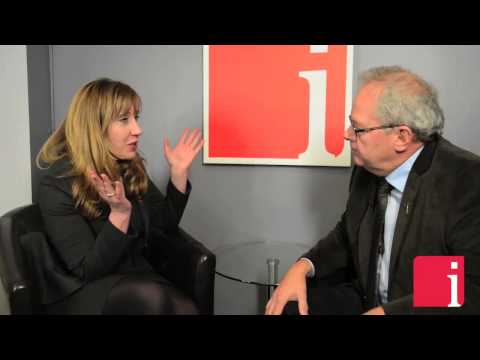 The takeover market is heating up as mining companies look for less risky ways to expand operations, amid a prolonged slump in key commodities. In December, Coeur Mining Inc. announced it was buying Paramount Gold and Silver Corp. for USD$146M, giving Paramount’s shareholders a 20% premium. Last week Probe Mines’ shareholders received about a 50% premium on the $526M sale to Goldcorp Inc., the world’s largest miner by market cap.

Here is a list of Canadian mining companies that have recently announced or closed a financing that you may access: click here. Apart from Pretium Resources Inc. and Imperial Metals Corp. (who will likely use their respective financing proceeds to develop their premium assets in north British Columbia), every company on that list that closed a larger financing could be getting ready to go shopping.

Takeovers happen for many good reasons. One reason, as Ian Telfer (Goldcorp’s chair) was quoted in this past weekend’s Globe and Mail, is, “The only way mining companies [as big as Goldcorp] can grow is through acquisitions and the only way they can survive is through acquisitions.” That’s because it’s less risky to buy de-risked assets than to find them and build them. So where might Romarco, Lydian, Yamana Gold and Detour Gold put their financing proceeds?

Targets abound in today’s market, and the hardest part about this three part series was limiting it to only three examples. Part 1 of this series reviewed Integra Gold Corp., a Quebec near-term gold producer whose depressed share price relative to its intrinsic value makes it a very attractive takeover target. It’s a similar situation this week, although this time the takeover candidate is an exploration company, GTA Resources and Mining Inc.

The risk and the potential return in a near-term producer are vastly different from those in a junior explorer. A dollar invested into a near-term producer could turn a 300% plus return, while the downside risk is somewhat mitigated by the advanced stage of the project. A junior explorer, well, that’s where fortunes are made and lost. A dollar in could easily net you a loss of your entire dollar, or bring you back a hundred. All juniors are high risk, high return. That’s why they are the juniors.

But what if you could minimize that risk, and still have a substantial upside?

GTA has a well funded treasury, no debt, a battle-proven balanced management team with a history of success, an experienced board of directors, a million plus ounce resource estimate, two other properties that are highly prospective, and only roughly 32 M shares outstanding. It has never rolled back its stock. And it’s trading for only the cash on hand.

Start with the cash, the easy part. GTA has roughly $1.2M in treasury, including roughly $380,000 of flowthrough funds to be spent in 2015. With only 32M shares out, that’s a little less than four cents a share in cash.

The company last traded at 4.5 cents as of Jan 23/15. The company has no debt. It’s trading for about half a cent per share more than its cash value. That cash position is downside protection.

Subtracting the cash from the market cap tells us the market is valuing GTA’s assets at merely $250,000. They have to be really crappy assets to be worth only that, right?

No. And this is where a potential acquirer will pay particular attention. It’s cheaper to buy than to build.

GTA has three mining properties, all in mining rich jurisdictions in Ontario. Since it came to grips with First Nations rights in the last amendments to the Mining Act, Ontario under the MNDM has become more mining-friendly and predictable.

GTA’s flagship property is Northshore, east of Thunder Bay and only 100km from Hemlo. This is gold country – Hemlo has been in production from three mines for over 25 years and has produced about 23 million ounces of gold. One assay from the roughly 11,000 metres that GTA has drilled at Northshore included an intersection of 12.49 g/t Au over 33.2 meters within a zone assaying 3.21 g/t gold over 152 metres. Most of the 52 holes at Northshore produced significant gold intersections, often including multiple occurrences of visible gold mineralization.

The picture above is of an actual sample taken at Northshore’s surface by GTA in 2011.

In June 2014 GTA put out its first independent NI 43-101 resource report on Northshore, which reported:

The entire resource report is available online and should be read.

How does this translate into value? Rough ugly math is resources get valued at $10 – $25 in the ground. Where an asset falls in that range depends upon the jurisdiction (tax, the rule of law, the ability to repatriate capital), infrastructure, the NSR, CSR, environmental, how close to surface the deposit is, the grade, the kind of host rock, metallurgy, the gold price and a long list of other variables. A buyer makes an informed decision as to whether those factors put the resource estimate at the high end or low end of that scale.

To be as conservative as possible, assume Northshore goes to the bottom end of that scale, so it’s worth only $10 per ounce in the ground. That math, at 1,200,000 ounces, works out to $12M. GTA owns 51% of that asset (Balmoral Resources owns the other 49% and GTA is the operator) so GTA’s share is worth a bit over $6M. With only 32M shares outstanding, math says Northshore could be adding roughly 19 cents of intrinsic value per share.

This information is in the public domain and can be independently verified.

Being able to bring Northshore into production (most likely by custom milling) would accrete further value to GTA’s intrinsic corporate valuation. A larger company with experience at bringing a mine into production could acquire GTA and efficiently do exactly that – and from the buyer’s perspective it’s cheaper to buy a de-risked asset than to develop one.

GTA has two other assets. Both are in mining-reknowned geographies.

First up is the Auden Property. It’s over 80 km long, in prime mining country. It’s near Highway 11 near Hearst, Ontario, and aggregates over 280 square kilometres. This area has been explored off and on since the 1950’s, with Algoma and Shell each taking a turn. Mining legend Don McKinnon worked the property in the 1990’s. After a round of consolidation staking, the property was owned by part of the Stares family and friends.

It was this Auden asset that formed the basis of a go-public transaction and concurrent financing with GTA Corpfin Capital in 2010, when the name was changed to its current one. (Disclosure: I co-founded GTA, still own its securities and am an insider.) GTA owns it outright.

Auden has a fascinating geologic map showing what appears to be an entire greenstone belt, owned 100% by GTA. In addition to Auden’s own geologic merits, what could be of great interest to a potential acquirer is Auden’s proximity to Zenyatta Ventures Inc.’s’ unique hydrothermal graphite project, called the Albany Project. The geologic map of this area looks somewhat like a hurricane, with the eye being Albany and the arms spinning outwards. Some of those spinning arms cross Auden, near a formation GTA calls “The Hockey Puck”.

GTA has flown an airborne electromagnetic and magnetic survey on Auden in 2013, with particular interest being paid to the conductors near The Hockey Puck. GTA and Constance Lake First Nation then reached terms on an exploration agreement in the fall of 2013, with GTA advancing the property since then. More field work is planned for 2015.

GTA’s third asset is the newly optioned Ivanhoe Property, near Horwood Lake and Folyet, Ontario. Like Northshore and Auden, Ivanhoe is located in mining country. This 94 sq km property contains the historic Joburke Gold Mine (it also produced some silver) and, of greater current interest, is located between Probe Mines’ new gold discovery at Borden Lake and the prolific Timmins Camp. It was this 4.3 million ounce Borden Lake discovery that prompted Goldcorp to buy Probe last week.

In the fall of 2014, GTA carried out prospecting, sampling, geological mapping and re-sampling of available historical drill core. This work has led to the identification of four gold zones which are scheduled for follow-up by GTA in 2015. Part of the flowthrough funds in treasury will be used here.

With Ivanhoe near the high-profile Borden Lake deposit and the Slate Rock Deformation Zone, one would think it would attract greater value to GTA. But as with Northshore and Auden (and many other juniors), the shell-shocked market is simply ignoring Ivanhoe’s potential value.

It’s cheaper to buy a de-risked asset than to find one and develop it, and Northshore is substantially de-risked. GTA’s overall downside is cash-cushioned. Ivanhoe and Auden are highly prospective and provide further upside potential. All of this makes GTA a potential takeover candidate in mining friendly Ontario.