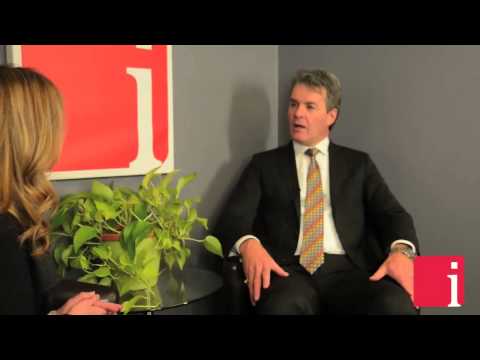 Carlisle Goldfield’s Drost on “defying gravity” in the gold market

December 12, 2014 — In a special InvestorIntel interview, the Editor-in-Chief and Publisher Tracy Weslosky speaks with Abraham Drost – President, CEO and Director of Carlisle Goldfields (TSX: CGJ | OTCQX: CGJCF) about their recent joint venture with AuRico and how as Carlisle is “defying gravity” in the gold market.

Tracy Weslosky: You just announced a large strategic venture partnership with AuRico Gold. Can you tell our audience about this?

Abraham Drost: Certainly. The new transaction with AuRico, which was in the form of a private placement and a new joint venture on the Lynn Lake property, was part of a larger strategy to essentially resurrect Carlisle from what’s happened in the recent market trend. In addition to the AuRico transaction, which I’ll get to, we also were able to attract research coverage through Paradigm with a $0.27 price target and, of course, the change of management. Augmenting the management team was a key piece of that as well. Now we have three pieces in place and we’re — and Carlisle is set to go forward. Now with respect to AuRico, we received a nice cash infusion at $0.08 a share, about 100% premium to the market at the time. In addition, AuRico has contracted to advance a feasibility study on the Lynn Lake project.

Tracy Weslosky: Okay. For all of those out there looking for companies that are defying gravity, Carlisle Goldfields is certainly accomplishing this mission. Of course, you have a 43-101 on five different projects in Lynn Lake. Is that correct?

Abraham Drost: I think what attracted AuRico to the Lynn Lake project was two projects in particular: the Maclellan and the Farley Lake deposits, which are past producers. In addition to that, prior to my coming on board, Carlisle produced 43-101 resource updates on three additional deposits. In addition to that, part of the deal, then, as I said, AuRico advances on feasibility, Carlisle advances on further exploration as operator of the exploration side of the equation. To do that the partners have agreed to fund $4 million a year into exploration over the next 3 years, the earn-in period, to advance on twenty additional gold occurrences that we know about in the belt, but we’ve never been funded to actually pursue and test to see, you know, what additional resources there might be.

Tracy Weslosky: Of course, they were probably attracted to your NPV which is nearly, what? $300 million?

Abraham Drost: Yes. On the two assets, the, as I mentioned, the Maclellan and the Farley Lake, there’s an after tax NPV of $250 million dollars. I think one of the most exciting aspects of those particular deposits are the grade equation.

Disclaimer: Carlisle Goldfields is an advertorial member of InvestorIntel.