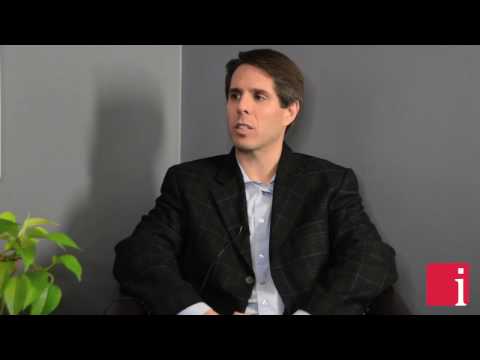 Angelo on why everyone is looking at Anaconda Mining’s gold

March 16, 2015 — Dustin Angelo, President, CEO and Director of Anaconda Mining Inc. (TSX: ANX) in an interview with InvestorIntel Publisher Tracy Weslosky discusses the recent coverage of being an excellent takeover target, and Anaconda’s increasing analyst support and coverage. Anaconda, a gold mining and exploration company that has increased its property control by nine-fold at the project since 2012, discuss their strong commitment to shareholders and goals that include doubling production.

Tracy Weslosky: I’m very good. It’s a pleasure to meet you because I have one of my editors, Peter Clausi, has identified you as one of the best undervalued gold plays in the world and then, of course, Christopher Ecclestone, he just did a lovely piece on you. He is also very impressed because you have earnings and money in the bank. I’m not really sure where to start other than, can you give us an overview of Anaconda Mining please?

Dustin Angelo: Sure. Anaconda has got one flagship project in Newfoundland. It’s called The Point Rousse Project. We’re currently doing about 15,000 ounces a year of production. We also have a land package about 6,000 hectors and have a full exploration program going on right now with the gold doubling production to 30,000 ounces a year.

Tracy Weslosky: Well, that’s what I wanted to ask you about because I did read that your goal is to double production. How are you going to do that?

Dustin Angelo: Well, there’s two ways really to do it. We’re going to first off extend the life of our project through an extension of our current pit. Then we’re also going to add another deposit that’s about 2½ kilometers away to get to about a 10-year mine life. Then we’ve got a couple of other areas on the peninsula where we think there’s higher grade gold that we can blend and bring into the mill and create a higher overall head grade into the mill at basically lower incremental cost.

Tracy Weslosky: Of course, not everybody’s aware of Anaconda. You’re in Newfoundland, is that correct?

Tracy Weslosky: Your most recent news for Anaconda, of course, was your drilling results. Would you like to give us a bit of an overview?

Dustin Angelo: Sure. The results were really good. We’ve been focusing our exploration efforts on the Pine Cove pit to extend that pit life and then also bring in development the next project for us, which is the Stog’er Tight deposit about 3½ kilometers away. Both of those results were very good, very good intercepts, gold grades that we expected. Now we’re in the process of doing the resource calculations on them. Hopefully in the next couple of months we’ll have those done and with the goal of trying to take the Pine Cove pit plus Stog’er Tight to be a total of 10-year mine life.

Tracy Weslosky: We’ve had a lot of feedback that you’re incredibly undervalued. Can you tell us what you think your effective market valuation is for your stock presently Dustin? To access the rest of this interview, click here

Disclaimer: Anaconda Mining Inc. is an advertorial member of InvestorIntel.