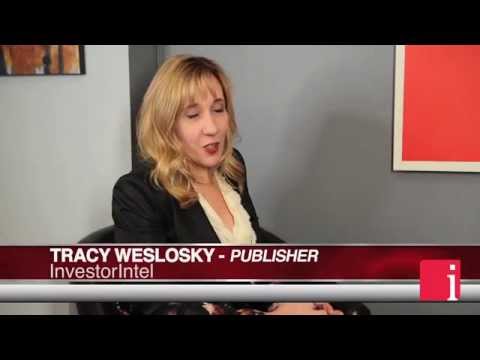 November 17, 2015 — Dustin Angelo, President, CEO and Director of Anaconda Mining Inc. (TSX: ANX) in an interview with InvestorIntel Publisher Tracy Weslosky discuss the recently updated mineral resource estimate, which conforms to NI 43-101 standards and how this may extend the mine life for another 10 years. They also discuss how Anaconda has increased property claims 10 times since Dustin has become CEO and continues to seek acquisitions since becoming debt free 3 years ago.

Tracy Weslosky: Everyone says to me they’re looking for gold projects that are actually producing, Anaconda has been for 5 years. Is that correct?

Tracy Weslosky: And you’re out of debt now. Is that correct?

Dustin Angelo: We’ve been out of debt for over 3 years now.

Tracy Weslosky: So we have a company here who’s producing gold and now it looks like your latest resource update extends your mine production 10 years. Is that correct?

Dustin Angelo: Well, that’s the goal. Right now we’ve got off to a good start with the resource estimate on Stog’er Tight.

Tracy Weslosky: It’s my understanding that this resource update, which conforms to the NI 43-101 standards was very exciting on a number of fronts. Can you, kind of, give us more of a detailed update on this?

Dustin Angelo: Sure. One of the most important things that we’ve been facing and biggest challenges for Anaconda is the fact that we have our current pit, the Pine Cove pit, that has got a life of about 3 years left on it as we know it today. The challenge of the market is the fact that they think that the project itself is going to wrap up in 3 years. We feel, as a company that the life of the project is much longer. We have a lot of property, a lot of exploration potential and the Stog’er Tight deposit, which we just announced a resource on, is the first step to demonstrating the fact that there is a longer life to the project.

Tracy Weslosky: Of course, Anaconda has been exceeding expectations ever since you came on board. You’ve been achieving benchmarks regularly and I understand you’ve increased property claims 10 times, ten-fold.

Tracy Weslosky: Okay. So obviously there’s a lot of evidence to support that you’re going to achieve these goals. For our audience that may not understand the Point Rousse Project in Newfoundland, can you give us a bit of an overview?

Dustin Angelo: Sure. The Point Rousse Project we control the entire Ming’s Bight Peninsula, which is on the north central part of the island in the Baie Verte Mining District. It’s a historical mining district. It goes back over 100 years. We control 6,300 hectors of property, the entire peninsula. There’s about 20 kilometers of strike length for gold trend so there’s a lot of prospectivity. There’s five deposits that we control right now and then a lot of prospects and showings. It’s been explored in the past, but it’s never been under one umbrella, all under one company. We’ve consolidated the whole area, not only from a geographic perspective, but from a data information perspective. We feel like we’re in the best position right now to optimize the ability to find more gold…to access the rest of the interview, click here

Disclaimer: Anaconda Mining Inc. is an advertorial member of InvestorIntel.