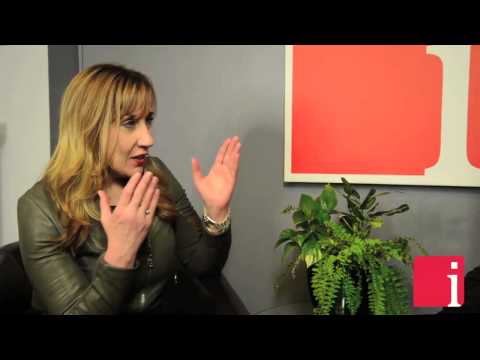 October 23, 2014 — Tracy Weslosky, Editor-in-Chief and Publisher of InvestorIntel speaks to Jeffrey M. Seibert, CEO of Seair Inc. (‘Seair’, TSXV: SDS), a Calgary-based cleantech company, specialized in technologies for gas based water treatment, about its recent deal with Newalta Corporation (Newalta). Seair will supply its patented diffusion technology to adjust the acidity (pH) in wastewater prior to deep well disposal. Newalta offers its customers solutions to reduce waste by recovering as many resources from industrial residue as possible. By reducing the acidity of the waste stream, Seair’s technology helps to protect deep wells from fouling and it does so in a very cost-effective manner. Jeffrey describes Seair’s technology as simply as He can: “in a nutshell, we produce gas bubbles finer than they’re typically done and that means they dissolve faster with the water into which they are going.”

Seair’s – award winning – technology has enjoyed high demand from the oil sands industry. Oil sands technology is water related. Seair’s technology is needed to remove oil from water through emulsion, changing the pH level as well as de-watering oil sands for groundwater purification. Essentially, Seair is a company that is sure to attract the attention of investors interested in the clean tech as well as the oil & gas sectors. Indeed, water processing, cannot be confined within a single ‘market’; it is, as Jeffrey says, “an application within many markets. Oil & gas is one of the largest with some of the biggest opportunities.” This is because the oil & gas sector incurs high water purification costs. That is where Seair is needed: it helps to lower those costs significantly. Jeffrey joined Seair in February 2014 to generate a wider market for the Company’s technology. He describes his strategy as based on targeting customers where Seair can offer the highest value to those facing the most complex problems.

The oil & gas sector happens to meet those conditions best; however, Seair’s technology has far greater potential. For example, municipal systems around the world can benefit from Seair’s low-cost, low-energy systems in their efforts to infuse air, oxygen or ozone into their waste streams, effectively and in an environmentally responsible manner. Seair’s principal revenue generating activity is the separation of oil from water and recovering the oil that, until recently, has been thrown away: “basically it puts money in the pocket of the producer because they are now able to sell oil that they were previously disposing.” Water is typically pumped in an old oil well to help push oil to the surface. However, the oil comes back mixed with the water and traditional methods have been used to separate them from each other. Even though in normal conditions oil separates from water easily because of its lower density, the oil from the well emerges with water in a quasi-emulsion like state; it cannot be separated under typical circumstances. Seair’s technology produces micro air bubbles – mostly nitrogen – attaches to the fine oil droplets and floats them off and away from the water. Seair’s device is very low maintenance and reliable because it has no moving parts and completely displaces the competition because it also offers very high energy efficiency.

Disclaimer: Seair Inc. is an advertorial member of InvestorIntel