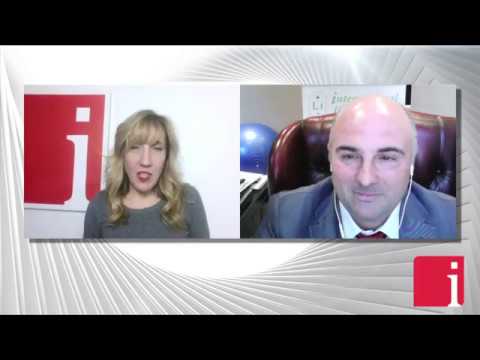 Tracy Weslosky: For all of, for our InvestorIntel audience out there I’ve been actually chasing Kirill down for about 3 years now. Has it been 3 years Kirill?

Tracy Weslosky: So we’re delighted to have you as an InvestorIntel member and I would love it if you would start by explaining why we were chasing you down and give the InvestorIntel audience a better overview and introduction to who International Lithium Corp. (TSXV: ILC) is please.

Kirill Klip: Thank you Tracy. You are very kind to us. International Lithium is a lithium exploration and development company. What really makes us standalone from the crowd is our vertically integrated business model with Ganfeng Lithium. Ganfeng Lithium is one of the major lithium material producers from China and now with them we are exploring on three continents, if you could believe it, in South America, in Ireland and in Canada.

Tracy Weslosky: Well as you know — we agree with you, your deal with Ganfeng Lithium is substantial. I’m going to have you back up and reintroduce our audience to the actual deal that you have because I think it’s really going to affect your market valuation Kirill when our audience understands what this deal is.

Kirill Klip: Yes, thank you; very, very interesting and important question. Ganfeng Lithium grown up from $3 million in sales in the year 2000 to more than $200 million in sales last year. Now we have basically lithium top 5 in the world with Albemarle number one, with SQM number two and now Ganfeng and another Chinese company, Tianqui push former three in the world, FMC, into the fifth place. Basically we are making business with $4.5 billion dollar market cap company from China, Ganfeng Lithium, which is now on field with four plays dependent on their searches. We were fortunate we started our business 7 years ago and this year actually we celebrated our fifth anniversary of our IPO with Ganfeng Lithium. Like you mentioned, we can call it the major deal in the whole lithium sector because we are the only one basically an exploration arm of a major lithium producing company. They spent two years studying all our projects, making all due diligences on our properties. In the end they have chosen two major projects, which are now developing with them joint ventures, one of them is in Ireland and another one in Argentina. The Argentina one is called Mariana and in Ireland we have Avalonia project with Ganfeng.

Tracy Weslosky: Okay. Speaking of Avalonia project, you just did the mobilization of your drills with Ganfeng. Is that not correct? You just announced this, what, 2 months ago.

Kirill Klip: Yes, exactly. Two months ago we mobilized 2 drills following our very impressive results. Now we have up to 9 known pegmatites over there, some of them as large as 500 meters. We have very, very interesting intersections. All your viewers can check it out in our news releases…to access the complete interview, click here

Disclaimer: International Lithium Corp. is an advertorial member of InvestorIntel.