September 2, 2020 (Source) — Red Light Holland Corp. (CSE: TRIP) (FSE: 4YX) (“Red Light Holland” or the “Company“), an Ontario-based corporation positioning itself to engage in the production, growth and sale of its brand of magic truffles to the legal, recreational market within the Netherlands, is pleased to announce that it has solidified its arrangement with McSmart (as defined by the listing statement) for the launch of its previously announced Microdosing Packs through three Smart Shops operated by McSmart. The Microdosing Packs are anticipated to become available for purchase to consumers in the Netherlands before the end of September 2020, at the following Smart Shop locations: (i) two Tatanka locations, and (ii) the Headshop. In addition, the Microdosing Packs are also expected to become available for purchase in the Netherlands on Tatanka’s website at www.tatanka.nl.

“All of us at Red Light Holland are very excited as our Microdosing Packs are so close to being on shelves and available for online purchases. We are still anticipating our premiere product launch, with our newly coined phrase “iMicrodose,” happening later this month, and working so closely with McSmart is something we are truly appreciative of,” said Todd Shapiro, Chief Executive Officer and Director of the Company.

Magic truffles, which are sold in their natural, raw and unprocessed form, need to be refrigerated. As such, two of the Smart Shops are also expected to feature Red Light Holland-branded fridges to house the magic truffles and display their iMicrodose packs in a clever and unique way. The Microdosing Packs have a shelf-life of approximately 3 months. 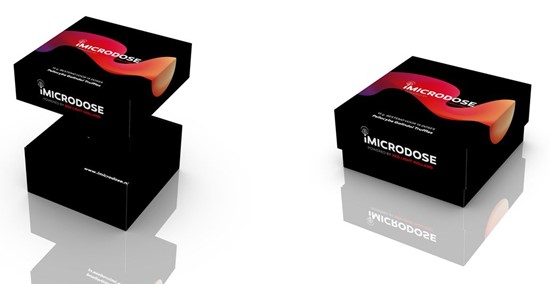 To view an enhanced version of this graphic, please visit:
https://orders.newsfilecorp.com/files/2017/62997_redlight.jpg

The Company is an Ontario-based corporation positioning itself to engage in the production, growth and sale of its brand of magic truffles to the legal, recreational market within the Netherlands, in accordance with the highest standards, in compliance with all applicable laws. The Company’s brand of magic truffles are expected to be sold in the Netherlands through existing Smart Shops as well as its e-commerce platform, and are expected to be initially made available in the form of its previously announced Microdosing Packs.

For additional information on the Company: