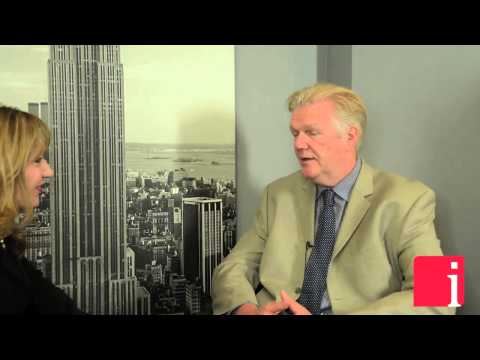 June 19, 2014 — Tracy Weslosky, Editor-in-Chief and Publisher of InvestorIntel speaks to Harry Barr, the President, CEO and Director for Next Gen Metals (‘Next Gen’, CNSX: N) about its subsidiary GreenRush Financial Conferences (GreenRush) and the great potential of the marijuana, alternative medicine and industrial hemp sector (cannabis sector for short here). Harry has a broad public markets background — he raised a quarter of a billion dollars in various projects all over the world. The first GreenRush conference was held last May 7 in Vancouver and a second conference will be held on June 26 in Toronto. Harry tells Tracy that he has become involved with the emerging market for medical marijuana and related industries because “the last couple years have been very difficult for the junior miners; so we decided to take one out and, to make a long story short, my family has been into farming since 1866; I studied agribusiness at the University of Guelph and followed that industry all my life.”

Harry explains that GreenRush is the “hub and platform for education and finance” in the cannabis sector. The Vancouver event was a great success, or as Tracy says “a stampede of investors’. Harry expects the Toronto event to be no less a success. The booths have been almost sold out and only a few spaces left — at the time of writing – while speaking slots are full. Harry mentions some notable presenters and he starts with Jody Emery, “whose husband was unfortunately put in jail for five years and he is like a ‘Mandela’ for the marijuana business.”

The important consideration in the cannabis sector is that it’s a brand new business with new laws. Medical doctors are becoming increasingly interested — and some will be speaking at the event — as are consultants in such ‘conservative’ business outfits as Deloitte, which will also be formally attending and presenting at the Toronto GreenRush. Lawyers will be there to help explain the new legal implications in cannabis along with all the main players in the industry, who are now running companies and others who simply prefer to use marijuana based ailments rather than the more widely prescribed chemical varieties.

In short, GreenRush will offer a great educational opportunity. Harry also talks about hemp, which is the world’s strongest fiber and which was legalized in Canada in 1998. It remains illegal in the United States, but it has been gathering strong interest around the world, also because of its nutritional qualities; in fact, Harry says “it can feed the world!” Harry also says that hemp can be used as a construction material when mixed with water and lime. By buying shares in Next Gen, investors have a general market access to the sector as a whole. Next Gen will invest in three to five selected companies over the next few years in different areas of the cannabis business.

Disclaimer: Next Gen is an advertorial member of InvestorIntel.