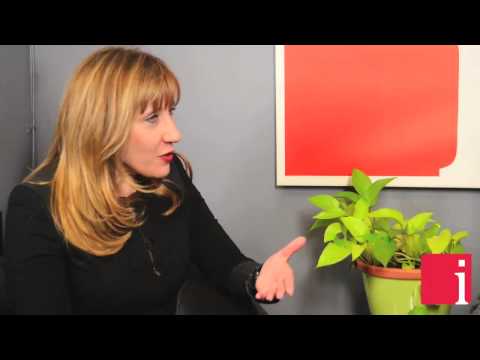 April 6, 2015 — Terry Booth, President, CEO and Director of Aurora Cannabis Inc.   (CSE: ACB) in an interview with Tracy Weslosky, Publisher for InvestorIntel discuss how they became 1 of the first 30 to receive an MMPR (Marihuana for Medical Purposes Regulation) license. The first to build a facility in Alberta, Terry explains that they were also the first to build a new facility and the benefits therein.

Tracy Weslosky: Terry, I’d like to start by congratulating you. You’re one of the thirty that’s received and MMPR license. Can you tell our audience what that is?

Terry Booth: MMPR is the Marihuana for Medical Purposes Regulation. In Canada it’s the ability to grow and sell medical cannabis to a number of patients across the country. It’s a federal license.

Tracy Weslosky: Well, can I get right down to it and ask you what allowed you to get a license versus the 997 others that are in line as quickly as you did? What was your competitive advantage?

Terry Booth: It’s intensity. Intensity on the construction. We were the 69th applicant in the country and we’re one of the very first in the country that built new. A lot of our competitors that were there before us bought warehouses and did retrofit buildings. We knew out of the gate that that would probably be not the best in the world for growing a pharmaceutical product.

Tracy Weslosky: But, why? I mean, we have a lot of audience members that invest in biotech, critical materials and we’re trying to understand the cannabis sector, okay? Terry, bear with us a little bit — why would we want to build a new building?

Terry Booth: New buildings present an opportunity to build it process driven. It’s truly a pharmaceutical factory built to grow marijuana so that right from the seed to dry, to the packaging to the vault, to the shipping, it’s all laid out properly. The other thing is the HVAC systems. We have a closed loop system so we— there’s no outside air and there’s no venting of our exhaust, which is good for the neighborhood. The ability to limit the microbial infection on marijuana is huge. The testing requirements are beyond the Food and Drug Act because it’s pharmaceutical product. If you have an old building you have old ductwork. You have old lighting, old doors and floors. Brand new purposeful built facilities are really going to be the future in marijuana history medically in Canada for sure.

Tracy Weslosky: The photos I’ve seen online are fantastic. So, you were the first facility in Alberta. Is that correct? It was 35,000 square feet or so, can you give us a bit of an overview on this.

Terry Booth: Sure. Its 55,200 square feet in Mountain View County in Alberta. We are the first in Alberta. I don’t know of any applicants that are even close in Alberta. A lot of them have been rejected. The process to get the license was highly intensive. The auditors that come up from controlled substances were fantastic to work with, but we’re really early in the game to start being pharmaceutical and start good manufacturing processes, good production processes, standard operating procedures, our master badge record, all those types of documents are really what’s going to be the heart our company. To access the rest of the interview, click here

Disclaimer: Aurora Cannabis Inc. is an advertorial member for InvestorIntel.

“At WeedMD we are very proud of the foundation we have built from the production platform. We have got 1,200 […]

“Listing in Canada gave us enormous exposure as well as helped us identify a partner, a licensed producer, there that […]

How to Lose Money in Cannabis.

“Some of the massive cannabis stocks will die and disappear. The global market simply is not large enough to justify […]

WeedMD CEO on Hiku and the cannabis market today.

“It does not impact WeedMD really in any way shape or form. Hiku brought an interesting aspect to our potential […]