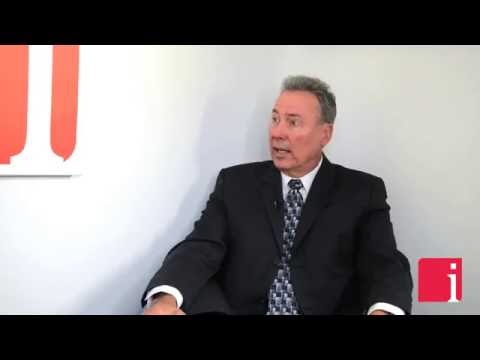 Christopher Ecclestone — The last month has been a transitional quiet zone with the dog days of summer representing a kind of Phoney War before the heavy cannons start firing in the US presidential campaign over the next month and a bit. Truth may be the first casualty in war but in this battle, international free trade may have taken a bullet and may not live to fight another day.

Bernie Sanders and Donald Trump nailed their colors to the mast early on as being inimical to the type of free trade deals that have characterized the international scene since the 1990s, but with Sanders exiting stage left, Hillary Clinton has had to mouth her own misgivings about the effect of unfettered free trade on American jobs and the trade balance. It is tempting to also see the Brexit vote in Britain as an indictment of free trade but in the aftermath, most of the rhetoric has focused on how Britain might be more diversified in its trade partners and more open to trade. All this comes against the background of the death foretold of the two big trade deals of these times, the TTIP and the TTP. In their wake the CETA deal between Canada and the EU isn’t looking too healthy either. Therefore whoever wins as they say in the classics “things may never be the same again”.

Irrational Exuberance All over Again?

Our statbook for this month has a hefty weighting towards housing data and well might we highlight this as it can be the canary in the goal mine for other problems in the economy. However having said that in many places housing prices are just getting back to 2008 levels and some areas still remain below the highs of that time. Considering the inflation (as per official stats or the inflation that people really feel is occurring) prices that are back at 2008 levels are actually down in real terms. The Global Housing stats on page 24 provide some novel insights. We all know New York and Vancouver are expensive but we seldom see what is happening in Mexico City or Santiago in Chile. Broadly the story is one of booming house prices, driven by low interest rates. Then again he who lives by the sword dies by the sword and any upturn in global interest rates makes a broad global housing downturn (with attendant capital destruction) into highly correlated events. Brazil, with its recent economic malaise, may be a forerunner. Indeed it may be coming out of its swoon just as many of these other markets start to decline. We should recall that the US has maybe immunized itself from a repeat of the 2008 debacle by having suffered a steep decline in prices at that time. Markets that did not see such strong retreats (or any retreat) such as Vancouver, Australian big city property or London) are exceptionally vulnerable. Indeed the Brexit vote (plus other measures) is projected to lop 8% off London valuations over the next year.

The decision to pass on an interest rate rise by the Fed promises to stoke the US housing market, or at least keep the ball in the air for longer. However as we can see from many of the credit metrics in our charts (particularly page 14) defaults may have bottomed and some stress could start to show (see page 13) if US households don’t rein in their purchases on credit (including cars) in the near future.

Metals – It’s all about the Base

Gold briefly flirted with going under the $1,300 per oz support level and bounced higher but not much. Silver at one point was off more than 10% from its recent highs and then managed to move slightly higher but seem to lack impetus. Those who wanted a breakout to the upside have been disappointed as neither the Fed nor inflationary tendencies have come to the party. In North America and other major international economies deflationary tendencies still dominate and our sentiment indicators (pages 18-20) show a mooted outlook in all categories which doesn’t augur for any inflationary surprises. Frankly some Central Banks (and certainly many commercial bankers) might hope to see a break to the deflationary trend as super-low interest rates are playing havoc with lending policy and creating great problems for the long-term pensions outlook.

Base metals have spent the last month doodling round, with Zinc in particular losing its former momentum, and falling back a few percentage points. It also bounced off the $1 per lb floor resistance. Copper though broke out of its lethargy and while not exactly soaring is at least starting to better reflect the tight supply situation and finally showing “benefits” from capacity closures and the lack of major new projects to replace production permanently closing.

With the U.S. Presidential election still somewhat in contention the debates promise a wild ride for economic operators. One debate might signal a candidate is heading for glory but then a second debate might tip matters back the other way. A major faux pas might end the aspirations of one (or at least would have in the past) but this time around we have seen that a big mistake can be swept under the rug and voters seem disposed to give second chances and keep their options open. Investors and their brokers and bankers would be excused for being a bit nerve-wracked if a clear leader doesn’t appear soon. Internationally the US currency is riding high and perceptions are of sustained economic growth, which is more than one can say for too many other major economies. However outside investors, particularly the Chinese with their massive Treasury holdings will be watching the debates as fervently as any US householder for a sign on direction between now and the big day in November.

Troilus Gold’s Justin Reid on the recent closing of a C$45 million bought deal public offering and an $11.15 million strategic investment from the Government of Québec