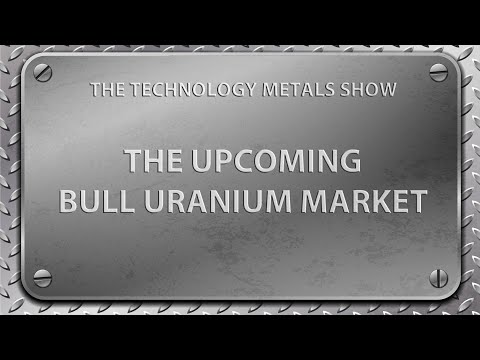 “We are pleased to report that initial funding for the creation of a national uranium reserve has been approved by Congress as a part of the consolidated appropriations bill and is expected to be signed into law by the President.

With passage of the Energy and Water Development and Related Agencies Appropriations Act, 2021, the U.S. Department of Energy (“DOE”), National Nuclear Security Administration, will be provided $75,000,000 and is directed to coordinate with and support the Office of Nuclear Energy in the development and implementation of a national uranium reserve program. Further, DOE is directed to submit to the Committees on Appropriations of both Houses of Congress within 30 days a plan for the proposed establishment of a uranium reserve. The plan shall include the legal authorities which are in place or required to

Additionally, within the appropriations bill, the Energy Act of 2020 includes an ‘Extension and Expansion of Limitations on Importation of Uranium from the Russian Federation’, which provides protections effectively codifying the recently extended Russian Suspension Agreement. This offers additional legal protection against Russian imports flooding the U.S. uranium market.”

“Energy Fuels has been the number one uranium miner in the U.S. since 2017, and the projects the Company now owns and operates have produced roughly one-third of all uranium mined in the U.S. since 2006, ranking second among all U.S. uranium producers during that period. Energy Fuels holds three (3) of the most productive uranium facilities in the U.S., which together have a combined licensed capacity to produce over 11.5 million pounds of uranium per year. This includes the White Mesa Mill, located in southeast Utah, which is the only conventional uranium mill operating in the U.S. today, along with the Nichols Ranch and Alta Mesa in situ recovery (“ISR”) facilities, located in Wyoming and Texas respectively, both of which are on standby. The Company is therefore in an unmatched position and stands ready to supply uranium for the reserve.”

A dialogue with the hosts from the TechnologyMetals.com site ensues, and host Jack Lifton responds with:

“Energy Fuels has an inventory of 700,000 lbs. of U3O8. Only one other American vendor has any inventory and no other vendor in the USA is licensed or capable of producing new material.

$75 million is enough for the time being.

Besides , 117 million was set aside for the government’s Diversity Office so we know where the priorities are.”

We do a lot of coverage in the uranium sector. In fact, we just published an interview on TechnologyMetals.com on December 18th with an interview hosted by Jack Lifton and Peter Clausi with uranium guests and experts Mark Chalmers and Marc Henderson titled — The Upcoming Bull Uranium Market.

So if you agree that you are hearing the sounds of hooves heading our way for the New Year and you want to do some research on the uranium sector, here’s our most recent story on Fission Uranium Corp. (TSX: FCU | OTCQX: FCUUF) written by Matt Bohlsen titled — Uranium market heats up with Biden win, and Ross McElroy takes the Triple R Project reins.

Or an update Frederick Kozak composed on Ur-Energy titled Ready for the inevitable change in the market, as a secure domestic uranium industry is in the United States’ best interest.

Or perhaps you may enjoy seeing how the 20 uranium companies we are following on InvestorChannel.com are faring?

The following 5 InvestorIntel.com members in the uranium sector we urge you to review:

On behalf of InvestorIntel, happy holidays.