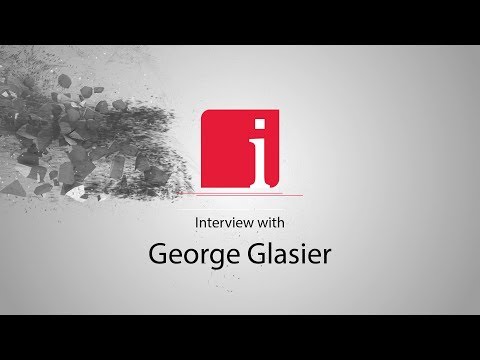 March 29, 2018 – “We are ready to go into production obviously. The way I look at it, there is only four companies in the U.S. that can fill that first needs under that petition and we are one of them.” states George Glasier, President, CEO and Director of Western Uranium Corporation (CSE: WUC | OTCQX: WSTRF), in an interview with InvestorIntel’s Jeff Wareham.

Jeff Wareham: George when I was preparing for the interview one of the things I saw was that you had a pretty strong release recently on vanadium. How is vanadium going to impact Western Uranium?

George Glasier: That is a good question because vanadium is one our products in the mine, Sunday Mine Complex, six times the vanadium content as uranium so the recovery of the vanadium price basically is a real plus for our company. You can call it a vanadium mine with a secondary product of uranium with today’s prices. Now that could change. With uranium prices going up we could see the switch where vanadium is worth less than the uranium, but today the vanadium is certainly the driver.

Jeff Wareham: But vanadium is a real catalyst for you. That is great. Now, politically is what is going on in the United States going to be important to Western Uranium?

George Glasier: Absolutely. A lot of people are not aware of this petition that was recently filed under the same process that the steel and the aluminum people have and just apparently were awarded some relief. The U.S. producers are asking for similar protection. Instead of having a tariff we are asking for 25% being sourced in the U.S. 75% could still be open for foreign producers. If that is awarded in any significant quantity you are going to see U.S. uranium worth a lot more than world uranium. Now that could take months to do. They have a certain time frame they have to do it in so that could impact the U.S. uranium market fairly drastically, fairly soon.

Jeff Wareham: A lot of the companies we see on here are developing things, but you guys are a producer.

George Glasier: We are ready to go into production obviously. The way I look at it there is only four companies in the U.S. that can fill that first needs under that petition and we are one of them.

Jeff Wareham: Wow. That is fantastic. The opportunity looks great. In the current state of the market, what sort of a reason should investors be buying Western Uranium right now?

George Glasier: You know, obviously if you are buying in the low part of the market, uranium prices have not gone up and so you are buying the right companies at the bottom or close to the bottom. As uranium prices go up, whether it is through this petition or whether it is through the natural supply demand balance, you are going to see all uranium companies benefit from that. That may take longer. If the petition is successful you are going to see U.S. uranium companies go up fairly quickly.

Jeff Wareham: Are we going to see any further need for financing or should we just be hanging on and watching for news flow?

George Glasier: No, obviously, you know, you raise money from time to time definitely. Yeah, there are some financing opportunities coming down the pike…to access the complete interview, click here

Mark Chalmers says that Energy Fuels will be soon ready to resume processing of yellowcake, the ore concentrate of uranium