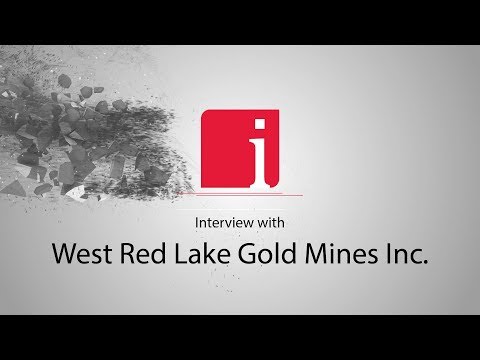 “For the last six years, gold has been capped at around US$ 1,360. When the Fed indicated that they are likely to start cutting rates, gold shot above US$1,400. So broke a six-year capping of about US$1,360. That signals that money is going to flow into the space and really big bond money is flowing into the space because the negative rates which a lot of these AAA bonds are at, gold looks better.” States Tom Meredith, Executive Chairman of West Red Lake Gold Mines Inc. (CSE: RLG | OTCQB: RLGMF), in an interview with InvestorIntel’s Tracy Weslosky.

Tom went on to say that the gold market movement has just started and there is a good wave of capital coming into gold as the Fed is most likely to make more rate cuts and generally interest rates are falling around the world. So that is going to drive much more capital into gold. Tom also provided an update on West Red Lake Gold’s encouraging drill results from NT Zone on the Rowan Mine Property. He said that they see potential to develop the NT Zone into a deposit that will catch the market’s attention.

In this InvestorIntel interview with host Tracy Weslosky, eResearch Corporation’s President & Director of Research Chris Thompson talks about his […]