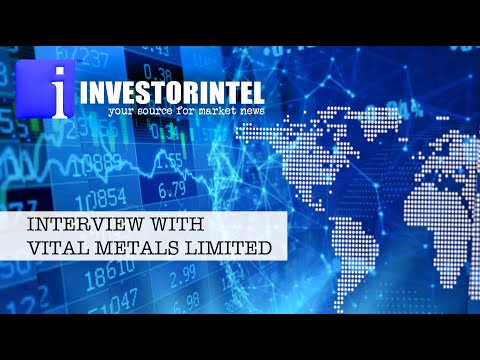 In this InvestorIntel interview, which may also be viewed on YouTube (click here to subscribe to the InvestorIntel Channel), Mr. Atkins said the company’s philosophy is to enter production in the shortest amount of time using the least amount of capital. Vital Metals initially wants to focus on gaining customer acceptance and proving its ability to ramp up production. “Then we move to a larger operation, which is more typical of what you see people looking at developing in rare earths,” said Mr. Atkins.

He also commented on the competitive advantages of Nechalacho, most notably its long-life potential, its mineralogy, and most importantly, the minimal expenditure required for infrastructure. Further discussion on an offtake agreement with REEtec also provides Vital Metals with a cornerstone customer with expertise in separation technology of rare earths. Mr. Atkins believes REEtec’s experience will contribute to the company’s success.

Vital Metals Limited is an explorer and developer focussing on rare earths, technology metals, and gold projects. Their projects are located across a range of jurisdictions in Canada, Africa and Germany.

The Nechalacho project is a high-grade, light rare earth (bastnaesite) project located at Nechalacho in the Northwest Territories of Canada and has potential for a start-up operation exploiting high-grade, easily accessible near-surface mineralization. The Nechalacho Rare Earth Project hosts within the Upper Zone, a measured, indicated, and inferred JORC Resource of 94MT at 1.46% TREO.