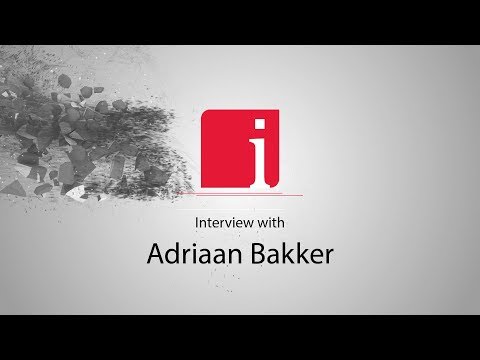 March 27, 2018 – “We actually go directly into solution whereas every other producer creates an oxide that is impure and a very high cost to turn into an electrolyte. By the recovery of the co-products, iron and titanium, we are able to mitigate our cost. Our pure mandate and our goal was to eliminate the cost of producing vanadium and eliminate the carbon footprint, which we feel we have done.” states Adriaan Bakker, President and CEO of VanadiumCorp Resource Inc. (TSXV: VRB), in an interview with InvestorIntel’s Jeff Wareham.

Jeff Wareham: Adriaan you guys have just had some huge news. Let us start right with the good stuff.

Adriaan Bakker: Sure. We just filed our international patent on a technology that we have been developing and scaling; invented just over 15 months ago. We had a breakthrough in processing magnetite resources, which are the ultimate source for vanadium. Spent the last 10 years developing those resources to realize that existing processes are basically outdated, inefficient, low yield, high capex, and just not a favorable route to go down.

Jeff Wareham: A lot of our investors have heard about vanadium and that there is an opportunity in the market, but may not know a lot about it. What do we need to know about the vanadium market?

Adriaan Bakker: The biggest opportunity in the vanadium market is really in energy storage. We identified some key facts in the vanadium market. Number one being vanadium electrolyte that is required by batteries is a non-existent commodity. It is created by an offshoot of production from the steel industry from this inefficient type of production. There is just not enough vanadium available to go into energy storage.

Jeff Wareham: When we were talking a little bit before you said that, but you also said that you thought you guys were going to change that. Tell me why you feel that way.

Adriaan Bakker: Sure. The new process for us was addressing, not only industry challenges and a potential solution for our own resources, but really we found that it is a direct recovery for vanadium electrolyte in the form of vanadyl sulfate. We actually go directly into solution whereas every other producer creates an oxide that is impure and a very high cost to turn into an electrolyte. By the recovery of the coproducts, iron and titanium, we are able to mitigate our cost. Our pure mandate and our goal was to eliminate the cost of producing vanadium and eliminate the carbon footprint, which we feel we have done.

Jeff Wareham: In this market right now everybody is talking about battery metals and energy metals and so on. What kind of energy storage does vanadium help solve?

Adriaan Bakker: The energy storage technology is pure vanadium-based technology. You effectively have a battery technology that is already deemed to be the most sustainable form of energy storage because 80% of the battery is vanadium electrolyte. The positive and negative of the battery, the anolyte and the catholyte are both vanadium electrolyte so you do not have any cross contamination. You effectively have the ability to take an electrolyte that never degrades at the end of life of battery, which is 30 to 50 years because there is no degradation, no cross contamination, out of that battery at the end. We are not talking about recycling. We are talking about infinite reuse of the electrolyte. You already have that sustainability factor. The ugly secret in the vanadium industry is that vanadium is produced with a similar carbon footprint to steel; 2 tons of carbon per 1 ton product. It is incredibly expensive and inefficient…to access the complete interview, click here

Byron King, Mark Chalmers and Jack Lifton on Energy Fuels becoming ‘a domestic Gigafactory for critical minerals’ in the USA

In this episode of Critical Minerals Corner, Byron King and InvestorIntel Editor-in-Chief and Member of Advisory Board at Energy Fuels […]

In this episode of the Critical Minerals Corner with Jack Lifton, Jack speaks with Brian Menell, Chairman and CEO of TechMet Ltd., […]