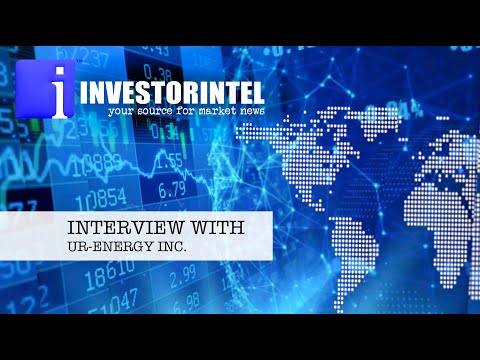 Ur-Energy’s Jeff Klenda on Biden’s interest in nuclear energy, US utilities ‘just-in-time deliveries’ for uranium and being the lowest cost producer of uranium in the U.S.

In a recent InvestorIntel interview, Peter Clausi spoke with Jeff Klenda, Chairman, President, and CEO of Ur‐Energy Inc. (NYSE American: URG | TSX: URE) about the positive impact of Biden’s administration on the ongoing prioritization of nuclear energy. Discussing the tenuous issues around America’s dependence on imports for their supply of uranium, Jeff explains how Ur-Energy is capable of ramping up production faster than anybody else in the United States.

In this InvestorIntel interview, which may also be viewed on YouTube (click here to subscribe to the InvestorIntel Channel), Jeff went on to say that the US imports more than 95% of its uranium requirement with 20% coming from Russia. He highlighted that the US utilities are heavily reliant on just-in-time deliveries for uranium. “If we were to see any type of disruption in the flow of material that is coming into the United States from foreign sources. Our US utilities would be in crisis literally overnight.” Highlighting that: “We are the lowest cost producer of uranium outside of Kazakhstan. Nobody in the US can produce at a lower cost than we can.”

Ur-Energy is a uranium mining company operating the Lost Creek in-situ recovery uranium facility in south-central Wyoming. We have produced, packaged and shipped more than 2.6 million pounds from Lost Creek since the commencement of operations. Applications are under review by various agencies to incorporate our LC East project area into the Lost Creek permits and to operate at our Shirley Basin Project. Ur-Energy is engaged in uranium mining, recovery and processing activities, including the acquisition, exploration, development and operation of uranium mineral properties in the United States.