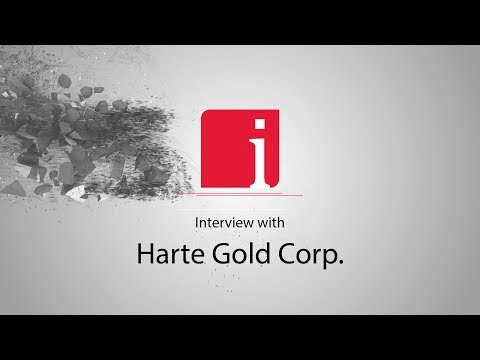 “We do a lot of exploration at Harte Gold around the Sugar Zone mine. We have been extending the deposit from an initial small resource of about 100,000 ounces, were now getting close I would say to 2 million ounces and that’s been done along a five-kilometer strike length. So, this latest discovery is south of the Sugar Zone. In an area we call the upper zone of the actual sugar zone deposit, and it’s an area that hadn’t been previously drilled. This extends the ore body 200 meters further south which again is going to have the potential to add a significant amount of new ounces to our resource.” States Stephen G. Roman, Chairman, President and CEO of Harte Gold Corp. (TSX: HRT), in an interview with InvestorIntel’s Tracy Weslosky.

Stephen continues to discuss Harte Gold’s recent financing, explaining how they were able to significantly reduce interest costs, along with discussion on Harte Gold’s Q1 results and vision moving forward.