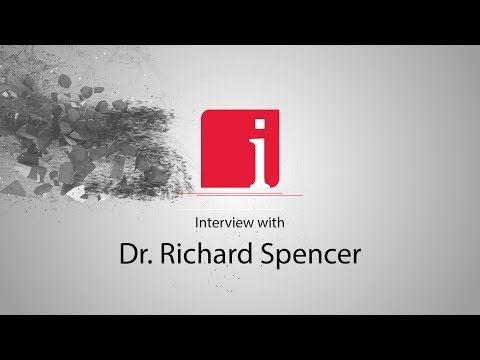 U308 CEO on the gradual strengthening of the uranium market

March 28, 2018 – “I think that what happened in December last year with both Kazakhstan and Cameco taking supply off the market that was just huge. I do not think people understand quite the extent of that cutback.” States Dr. Richard Spencer, CEO, President and Director of U3O8 Corp. (TSX: UWE | OTCQB: UWEFF), in an interview with InvestorIntel’s Andy Gaudry.

Andy Gaudry: What is the chat about the uranium market at PDAC this year?

Andy Gaudry: How is the market going to be affected now with Mr. Trump and Mr. Putin going head-to-head?

Richard Spencer: That is a real interesting question. I think that it is bizarre that we have Russia that controls or is very friendly with two-thirds of the suppliers or the suppliers of two-thirds of the world’s uranium. We have got the uranium market just trundling along ignoring this escalation of discussion between Russia and the U.S. If I were a U.S. utility knowing that my President instead of going toe-to-toe with someone who supplies or controls or is very friendly with the suppliers of two-thirds of the world’s production of X, I would start taking action. I would start building my own inventory to keep my reactor running. I think that is exactly what we will see happen in the uranium industry, but at the moment no one seems to care that the U.S. is upping the ante with the Russians or vice versa between the two of them. The ante is rising and the uranium market is doing absolutely nothing. It is absolutely bizarre. I think we are going to look back at this and say, why were not people reacting to this? I think they need to be reacting to it, which is good for the uranium suppliers.

Andy Gaudry: Your company is operating in Argentina. How is that affecting the world markets?

Richard Spencer: The Argentinians have a strong nuclear program. They have got 3 reactors, bit reactors that are operating. They are building another 2 and they are talking about building a sixth reactor as well. These are the big reactors. Their aim is to produce about 20% of their electricity from nuclear by 2025…to access the complete interview, click here

Disclaimer: U3O8 Corp. is an advertorial member of InvestorIntel Corp.

Industry experts Jack Lifton and Byron W. King talk about the coming economy based on gold and energy.

Christopher Ecclestone on the “leaky door” for Russian Uranium

Mark Chalmers says that Energy Fuels will be soon ready to resume processing of yellowcake, the ore concentrate of uranium