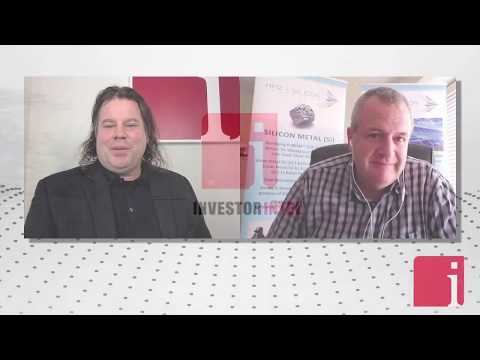 Jeff Wareham: Bernard I just saw some news come out on a pilot plant that you guys are starting on. Can you tell me where that fits in with your company?

Bernard Tourillon: That is a key prospect because what we are doing is transforming quartz to high-purity silicon metal and solar grade silicon metal. The one we announced today is our intermediary pilot plant we are building. We were working a lab scale machine. It had its limitation. We are building a larger 200 ton per year pilot plant. This one fits right in the middle so it basically mitigates the risk.

Jeff Wareham: Bernard everybody is concerned about costs in the solar industry and particularly in the silicon industry. With this most recent news release do you think we will see any substantial improvement in your cost structure?…to access the complete interview, click here

Signature Prospector on the rise of interest in gold

KoreConX CEO on creating a unified communications platform for companies

March 27, 2018 – “KoreConX is an all-in-one platform to help companies manage and navigate the process of their stakeholders […]

March 26, 2018 – “In the rare earths market we are excited again because interest is starting to come back. […]

March 26, 2018 – “There is another ride about to occur in cryptocurrency, which means that you will see another spike. […]