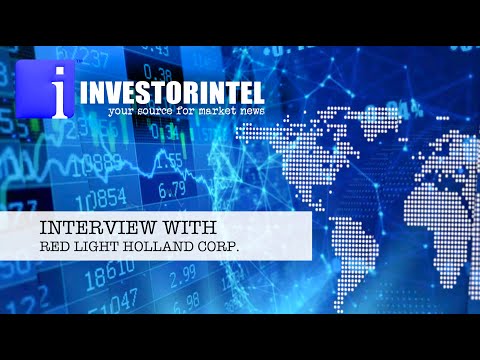 “We have named a Science and Innovation division called Scarlette Lillie… We thought that this is a way to show investors how serious we are about our medical, our scientific and research division because not only is Red Light Holland a recreational opportunity, where we plan our products on shelves by Q4, but we also want to show the world that we are taking this side very seriously of trying to prove and being a part of the process of what psilocybin can potentially do for human beings…We want to create this division and grow this division to get involved with observational studies, clinical studies and show the scientific community and be a part of some intellectual property…” States Todd Shapiro, Co-Founder, CEO and Director of Red Light Holland Corp. (CSE: TRIP), in an interview with InvestorIntel’s Tracy Weslosky.

Todd went on to comment on the appointment of Canada’s former Health Minister, the Honourable, Tony P. Clement, as a Senior Advisor to Red Light Holland’s Advisory Board. Mr. Clement has served in senior roles in Prime Minister Stephen Harper’s Cabinet (2006-2015), as Health Minister, Industry Minister and President of the Treasury Board. Todd also said that Red Light Holland has a strong cash position and is building a very strong team which includes Dr. Joseph Geraci, a leading mind in the medicine and machine learning fields and global comedy superstar, Russell Peters.