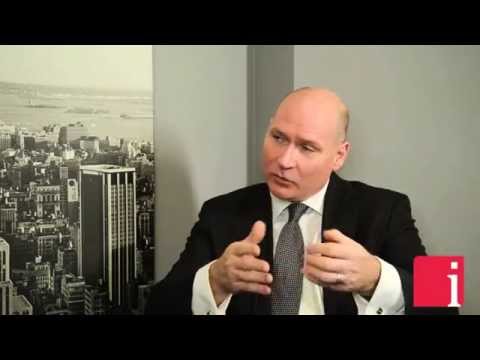 May 15, 2014 — Roger Dumoulin-White, P. Eng, President and CEO for Theralase Technologies Inc (‘Theralase’, TSXV: TLT | OTCBB: TLTFF) speaks to Tracy Weslosky, Editor-in-Chief and Publisher of InvestorIntel. Theralase produces laser equipment for biostimulative and biodestructive clinical applications to treat chronic pain and to heal wounds; however, some of its patented anti-cancer technology has direct applications in the treatment of cancer. This technology relies on “Photo Dynamic Compounds” or PDCs that are specially made molecules built from the ground up like a Lego set, which have an affinity or attraction to cancer cells.

They localize into the nucleus of the cancer cell and lock on to the DNA and when you light activate them they kill the cancer cells. So they’re an elegant way of destroying a very deadly disease”, said Roger.  The Photo Dynamic Compounds (PDCs) react to specific types of light; or, one might say, light triggers the PDC’s, giving them the ability to destroy cancer cells. The combination of light and PDC is much less invasive than other cancer treatments; in fact, the penetration of the light source via optic fiber is the only minimally invasive procedure involved. Theralase will introduce a more advanced technology in the fourth quarter of 2014 that will allow light penetration to be gauged; giving the operator a precise reading of the depth and facilitating the triggering of PDC in cases of cancer.

Theralase’s anti-cancer technology is pre-clinical now but Roger said that it will enter the clinical phase in the first quarter of 2015 and will finally provide an alternative to surgery, chemotherapy – which uses cytotoxic drugs – and radiation “to try to disrupt the cancer”, greatly diminishing quality of life and damaging the immune system. Roger observes that this technology is like a “surgical strike” in the sense that it only attacks the cancer cells and it leaves the quality of life and the immune system intact.  Roger went on to say that, “We’re going to start enrolling bladder cancer patients in Canada and the US during the first quarter of 2015.”

Tracy wonders why, specifically, Theralase has chosen to target bladder cancer. Roger explains that “The work that we’ve done at Princess Margaret Cancer Center – in Toronto – has shown that our PDC technology is effective across a wide range of cancers: brain, breast, prostate, pancreatic, bladder, lung and colorectal. We chose bladder based simply on the size of the company. This is because the bladder is easier to access than other organs. A catheter is all that is needed; whereas, other organs such as the brain or the pancreas, would require invasive procedures, which in turn would require expensive operating procedures and anesthesiology, all of which ultimately add cost; for us, bladder cancer is a very easy target, it is a deadly disease: it’s the fifth most common cancer and it has a very high recurrence rate above eighty percent.”

Theralase has a revenue stream and, as Tracy points out, its share price has performed well; however, it is not just about researching new technology. Roger says, “Theralase earns CAD$ 1.5 to 2.0 million per year with our existing technology and as we launch our new TLC 2000 technology in fourth-quarter 2014, we’re looking to increase our revenue three to four hundred percent.”

Disclaimer: Theralase is an advertorial member of InvestorIntel.