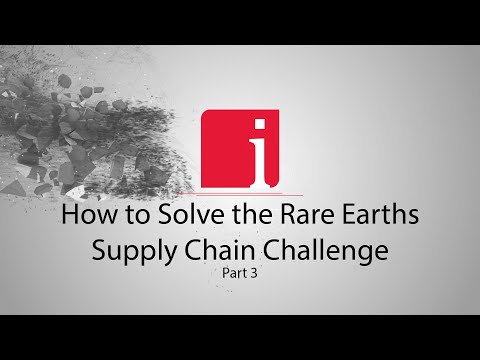 Jack starts the debate with: “When you extract rare earths from ore you get a mixture of rare earths and other things that were in the ore that came out in the extract which is usually an acid. The first thing that you have to do is make a pregnant leach solution. What that means is that you put the metal values in the minerals into the solution. Then you separate out those things that are not rare earths or rare earths that you don’t really want for example cerium. Now that solution which is normally a hydrochloric acid extract goes into a separation system which in the US has only been a solvent extraction for light rare earths.”

Alastair added “There are other companies looking at novel ways to separate rare earths in an environmentally friendly process to tackle this and compete with the Chinese. The benchmark is the Chinese separation cost which is about $2.50 to $3 a kilogram.”