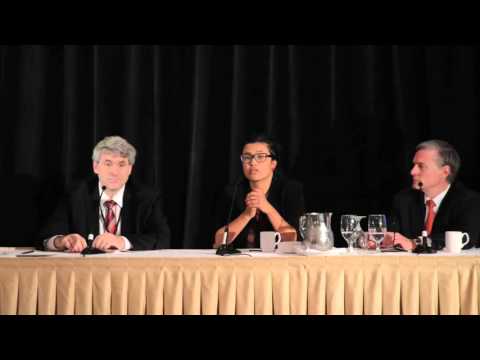 December 13, 2015 — One of my favorite panelists at the Technology Metals Summit from the Renewable Energy Storage: The new Industrial Revolution panel was Gitanjali DasGupta, VP, Operations from Electrovaya Corp. (TSX: EFL). Gitanjali is from Electrovaya, the largest battery player in North America and Europe and hear how she addresses the question ‘why lithium batteries?’ and explains why the energy storage market has started to take-off.

itanjali Das Gupta: Yeah, delighted to be here. Electrovaya, we’re listed on the Toronto Stock Exchange. We’re probably now North America’s last remaining battery pure play player in North America. There were several others on the NASDAQ and New York Stock Exchange over the last few years, but they’ve mostly exited. What’s happened now is there’s very few players in a global market that is now starting to see major surges in both the electric vehicle markets as well as the emerging smart grid, smart city, renewable energy forming the grid markets as well as a bunch of other industrial markets. Electrovaya is based, surprisingly, here in Toronto in the GTA. We’re out in Mississauga for those who want to come by our factory. We also now have a major footprint in Europe with Europe’s largest battery player as well. Electrovaya is now the largest battery player in both North America and in Europe because we’ve acquired a former Daimler/Evonik joint venture. We have our own gigawatt hour plant based in Europe and we have our sizeable plant based here in Toronto as well. We have about 500 patents on lithium battery technology. We really go the distance in terms of investing in our supply chain where we see some really advanced new materials and so we’re very familiar with the exciting work that’s done across your industry and in the value-added processing that happens upstream on that.

Tracy Weslosky: So, I hear you correct, you have 500 patents for lithium batteries?

Tracy Weslosky: Okay. Peter, this is the person who can answer your question. Okay, do you want to stand up and ask it or do I have it right? Why lithium batteries?

Peter Clausi: Lithium it seems like it’s just a default — let’s keep doing it because we’re doing it. So why is it lithium?

Gitanjali Das Gupta: Great, great question. This actually takes us down to the fundamentals of battery technology. If you take a step back and if we look at battery technologies it’s one of the industries that actually really slow to change. To access the complete commentary from the Technology Metals Summit, click here or to find out more about the upcoming Cleantech & Technology Metals Summit May 10th and 11th, 2016 — click here