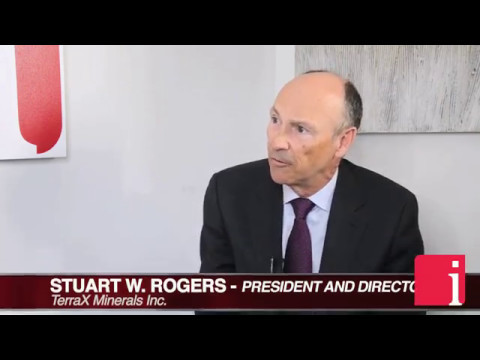 Stuart Rogers, President and Director of TerraX Minerals Inc. (TSXV: TXR) in an interview with Denis Clement of InvestorIntel discuss plans for a golden future in Yellowknife, Canada. Stuart highlights their access to the adjacent city of Yellowknife, where infrastructure reduces operating costs and adding the coveted ability to work through winter.

Denis Clement: We’re here today to meet with Mr. Stuart Rogers. I saw yesterday you had a press release with your company, adding new members to the team. Tell us a bit about that.

Stuart Rogers: Yes, that’s what we did. We’re advancing the project in Yellowknife. We’ve added two first-class guys to the project that have had experience developing a world-class asset with another company they were involved in, Cayden Resources, which was acquired by Agnico Eagle in 2014. They were attracted to this project as investors. That’s how we got to know them. We found that they have a lot of insight and contacts and people that can help us advance this project. We’re excited to have them join the board and work with us. They’re very enthusiastic.

Denis Clement: That’s great. Can you tell us a bit about your primary project, the Yellowknife City Gold Project?

Stuart Rogers: Yes. The Yellowknife City Gold Project is something that we’ve put together over the last four years. It started off to be a small block of claims and what we’ve done is taken this area that was undeveloped on strike with two high-grade gold mines, two of the highest grade gold mines that produced in Canada, the Con and Giant. We acquired and assembled a package, basically a world-class gold district. We now have 418 square kilometers. We have all the prospective ground immediately north and south of the city and the two high-grade gold mines that are in the area.

Denis Clement: And they’re in production, the Con and the Giant?

Stuart Rogers: Well, they were past producers. They operated for over 60 years. They produced over 14 million ounces of gold, an average grade of 16 grams a ton.

Denis Clement: That is good grade.

In a recent InvestorIntel interview, Tracy Weslosky spoke with Brien Lundin, Publisher and Editor of Gold Newsletter about the recent […]