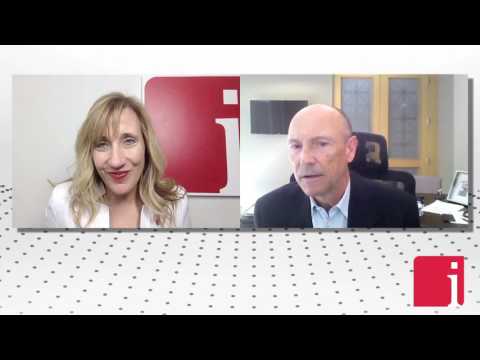 Stuart Rogers, President and Director of TerraX Minerals Inc. (TSXV: TXR) in an interview with InvestorIntel CEO Tracy Weslosky discuss expanding their Yellowknife district. In the last year, TerraX’s Yellowknife-adjacent land position has tripled. “[With] over 1000 samples [and] 400 in the lab,” TerraX is looking to further increase the already large scale district.

Tracy Weslosky: Stuart, I was just explaining to our team how much I enjoyed the Lara Smith piece on TerraX: “Analyst says, TerraX may be the next major player to emerge onto the gold scene.” Is it because of where you’re located? What do you think is analyst, Lara Smith’s angle on why she thinks you’re going to become one of the next big players?

Stuart Rogers: Well, I think that really speaks to the fact that we are a district now, a definite district. We’ve tripled the size of our land position within the last year from 129 square kilometers to 420 square kilometers. It’s highly prospective land. We have almost prospective land on either side of a major break in a gold camp, a known gold camp, such as Yellowknife where we already have identified high-grade resources on the property.

Tracy Weslosky: In this particular district is it not true they’ve already taken out 14 million ounces of gold?

Tracy Weslosky: This district scale – this very large scale project – that we have here is just outside of Yellowknife, correct?

Tracy Weslosky: In particular, you just announced that you commenced a new drilling program. Can you give us an update on this high-grade, large scale gold project that you are leading?

Stuart Rogers: What we’re doing is we’re not going to be drilling yet. This is the first summer we’ve had opportunity to do initial field work on the property so the other 290 square kilometers that we’ve acquired. We started in June with field work, mapping and sampling, identified showings on the new areas that we have. We’ve done airborne surveys, a LIDAR survey, which helps the structural analysis of the project. We’re flying airborne geophysics and we’re doing magnetic surveys on the ground. We’re getting prepared for growing and identifying these targets. It’s going to be a district wide drill program when we begin… to access the complete interview, click here

In a recent InvestorIntel interview, Tracy Weslosky spoke with Chris Thompson, President of eResearch Corp. about his 14-page Update Report […]