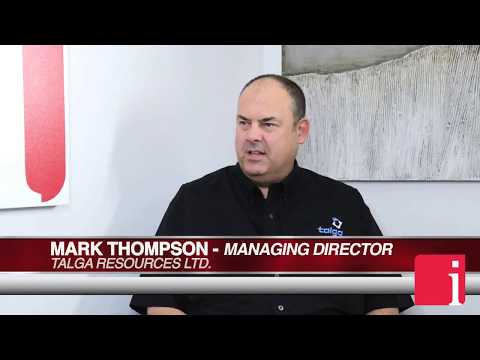 Mark Thompson, Managing Director of Talga Resources Ltd. (ASX: TLG) in an interview with InvestorIntel Editor Peter Clausi discuss a unified graphite/graphene supply chain. The Australian company is autonomous at every step from deposit to final product. Sourced from north Sweden, the graphitic carbon is unconventionally processed at a pilot plant in Germany. Mark details the processing technique and discusses test results from graphene infused concrete.

Peter Clausi: I’ve been interested in talking with you since I saw you were on the list. Talga has been up to a very lot over the past year.

Mark Thompson: Yeah. We’re starting to hit some straps on our graphene developments and some of the other things we’ve had on the background. The cobalt is starting to come into its own of course.

Mark Thompson: The deposits; we’ve got about 25 deposits. Three are JORC resource status and one of them, our flagship project, has got an average grade of 25.5%. These are in north Sweden.

Mark Thompson: Yeah. That’s graphitic carbon for graphite. That’s in north Sweden. Then about a couple of years ago we set up a test plant because we’ve got a really different way of processing the ore. We’ve got a pilot plant basically running down in Germany to make the materials and scale up the process.

Peter Clausi: You mean you have a different kind of processing technique?

Mark Thompson: Obviously that’s fairly new to scale up. Normally there’s lots of electrode processors, but normally you’re keeping them going, you’re not destroying them. We’re doing that. We’ve been trial mining for 2 years. We’ve been processing the material on a bigger scale. About mid last year we announced a product development strategy…to access the full interview, click here