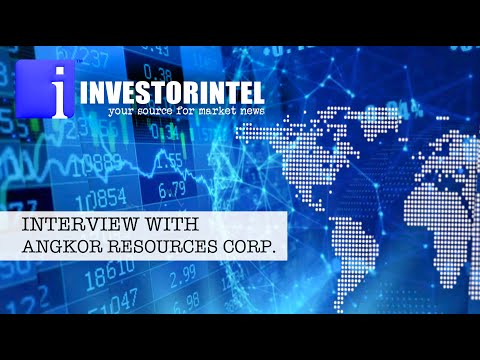 In this InvestorIntel interview, which may also be viewed on YouTube (click here to subscribe to the InvestorIntel Channel), Stephen discussed how Angkor’s team has built strong relationships with local communities and all levels of government in Cambodia. He starts: “If you are not liked in the communities you are working in, it makes it very difficult regardless of the quality of assets…” Adding that Angkor is the only company to have an onshore oil block in Cambodia, he provides an update on Angkor’s Oil and Gas license, and an update on the Andong Meas and Koan Nheak License.

Angkor Resources Corp. is a public company, listed on the TSX-Venture Exchange, and is a leading mineral explorer in Cambodia with a large land package across four 100%-owned licenses and a fifth license under an earn-in agreement with a third party. In 2019, the company received approval to negotiate Production Sharing Contract (PSC) terms for Block VIII, a 7,300 square kilometer oil and gas license in Cambodia.