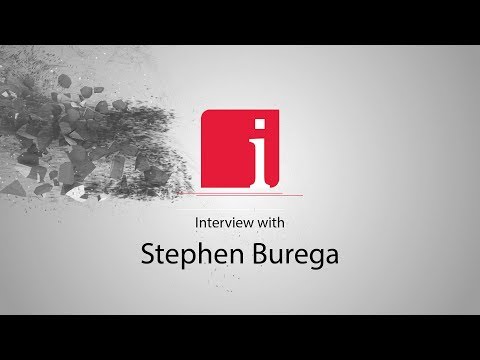 March 29, 2018 – “So far we have identified 4 copper porphyries. We have another 4 to 6 targets that we think are showing the right signatures of additional porphyry potential. We are very lucky that we are bringing some serious partners to the table as well now.” states Stephen Burega, CEO of Angkor Gold Corp. (TSXV: ANK), in an interview with InvestorIntel’s Jeff Wareham.

Jeff Wareham: Stephen you are in Cambodia. I do not know when I last looked at something in Cambodia. Tell me more.

Jeff Wareham: You have been there a while.

Stephen Burega: We have been. Cambodia was relatively unknown. Of course, it has got a bit of a hangover from some very significant issues that have taken place over the years. 39 years young they tend to say right now. They celebrated their 39th anniversary of independence this year. When we arrived in 2009 there was generally a misunderstanding of what the geology was. When we got there the potential of copper porphyry systems simply was not in the cards. We quickly realized that those maps were simply mislabeled, a little misunderstood. The plumbing was right. So far we have identified 4 copper porphyries. We have another 4 to 6 targets that we think are showing the right signatures of additional porphyry potential. We are very lucky that we are bringing some serious partners to the table as well now.

Stephen Burega: It is a great question. We are very comfortable in Cambodia. At the end of the day is Cambodia a similar democracy to a Canadian democracy that we are used to or a European where you have got 700 years of experience behind their belt? As I mentioned they are 39 years young right now. They are going through their growing pains, but we are quite comfortable with the government and think that the legislation that they have put in place really helps to mitigate any potential risk that might be perceived.

Jeff Wareham: You have a working partner on the project as well. Can you talk a little bit about that?

Stephen Burega: Yeah. One of our partners is JOGMEC, the Japanese national corporation. They are the exploration arm for the government of Japan. They did a 3-year $3 million dollar commitment to us on our Oyadao South license. It is a halo prospect. It is a 7.25 square kilometer area. We have identified 4 core targets that we are drilling out right now. First round of funding was $1 million dollars we completed last year. Second million of the 3-year commitment is currently underway. We are working on a second round of drilling. We found alternation in all the holes. Our maiden hole actually we ended up 99 meters of 0.24% copper and 1.36 grams per ton on average of silver, which was a nice first hole needless to say. Now we are looking at the rest of the targets. We are drilling for structure. We are drilling for direction right now. Once we have completed that $3 million commitment the next step is we are going to co-fund 49%-51%. If the results are there, of course, we will have a good decision to make…to access the complete interview, click here

In a recent InvestorIntel interview, Tracy Weslosky spoke with Brien Lundin, Publisher and Editor of Gold Newsletter about the recent […]