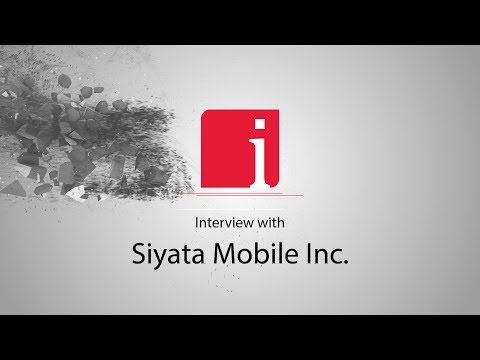 “The market that we are addressing is specifically for commercial fleet vehicles. Throughout North America, there are approximately 17 million commercial fleet vehicles that are on the road. We think we have a solution that is new, that is unique, that is in demand both by the customers who are operating these vehicles and also by the cellular wireless carriers both in the US and Canada.” States Glenn Kennedy, Vice President of Sales at Siyata Mobile Inc. (TSXV: SIM | OTCQX: SYATF), in an interview with InvestorIntel’s Tracy Weslosky.

Glenn went on to provide an update on Siyata’s deal with AT&T. He said that Siyata had its device certified and ready for sale with AT&T in the month of June of 2019. The company received its first US purchase order from a customer to equip their fleet of yellow school buses. He added that Siyata has a robust sales pipeline of other opportunities with AT&T customers who are looking at Siyata’s technology because they can’t get a solution like that from anyone else.

“We have been working for past two years to launch at US carriers. We launched at Bell at the end […]