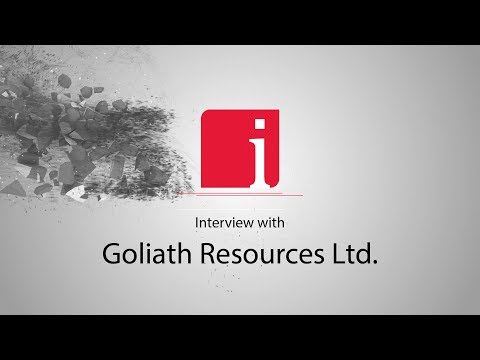 “Of the four, two are the focus this year. One is where we have discovered a brand new gold-copper-molybdenum porphyry system – Lucky Strike property. Another one is the Golddigger property just south of Stewart, BC which is actually in the Golden Triangle (area), which is more of a VMS type of target for us…we are looking at high grade multi ounce silver and multi ounce gold…” States Roger Rosmus, Founder, CEO & Director of Goliath Resources Limited (TSXV: GOT | OTCQB: GOTRF), in an interview with InvestorIntel’s Tracy Weslosky.

Roger went on to say that Goliath is a project generator that has made multiple new discoveries this year. The company is focused on the prolific Golden Triangle and the surrounding area located in northwestern British Columbia. He said that the Golden Triangle has the potential for multiple returns on investment. Roger also said that over 67% of all Canadian gold production comes from orogenic hinge zone and veins. Goliath owns 10% of a project that has a discovery of orogenic hinge zone and multiple veins running one to five kilometers long and is very wide.