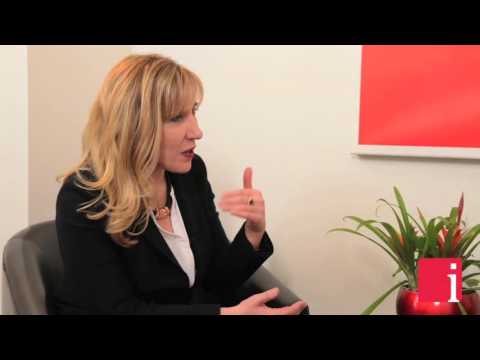 Reifel on prefeasibility study and one of the world’s largest gold, silver and zinc reserves

April 15, 2016 — Randy Reifel, President and Director of Chesapeake Gold Corp. (TSXV: CKG | OTCQX: CHPGF) in an interview with Tracy Weslosky, Publisher for InvestorIntel speaks about the results of the pre-feasibility study, which as Hallgarten & Company Mining Strategist Christopher Ecclestone recently wrote “…has achieved the feat in shrinking its capex in a quantum leap, while maintaining its ounces and expanding its minelife.” They also discuss the Metate’s project in Western Mexico, which is one of the largest gold, silver and zinc reserves in the world with proven and probable reserves of over 18 million ounces of gold, 500 million ounces of silver and 4.2 billion pounds of zinc.

Tracy Weslosky: Randy, I’m so excited to have you here because you are one of the handful of companies with one of the largest gold, silver and zinc properties in the world – there are four or five projects in the world this size – can you give us an overview?

Tracy Weslosky: With this world-class property, in 2013 you did an NI 43-101. Can you tell me why you have done another prefeasibility study?

Randy Reifel: Well, big projects that become big mines have big capital cost. Most of these big projects are located in remote locations and have little or no infrastructure so to achieve any kind of positive economics you have to build them to full design. In the case of Metates this study will show that you can economically build Metates small and grow big.

Tracy Weslosky: Randy you might be one of my most likeable clients. Every shareholder I speak to says things such as: “Randy’s made us money in the past”, “we’re staying with Randy”,  “we’re holding on to Chesapeake Gold.” …can you tell us a little bit more about your team because I think you’ve taken the same exploration team with you to Metates?

Randy Reifel: I have the same team that was with me in Francisco Gold. Francisco Gold discovered two world-class mines, El Sauzal and Marlin. I have that core team with me in Chesapeake. It’s wonderful to have them still in oil and want to make our shareholders money.

Tracy Weslosky: Of course, you use them to sell previous exploration plays.

Randy Reifel: Yes. Well, we sold Francisco Gold in 2002 and it was a result of their discovery and hard work that we had that reward.

Tracy Weslosky: Is this your plan for Chesapeake Gold? Are you planning on selling it?

Randy Reifel: That’s exactly right. We’re derisking Metates to a point where we think it will become a mattractive acquisition for an M&A or for strategic partner.

Tracy Weslosky: I saw you in a presentation and you were talking about scaling the mine from smaller to larger. Could you explain this to some of us who may not understand what that actually means?