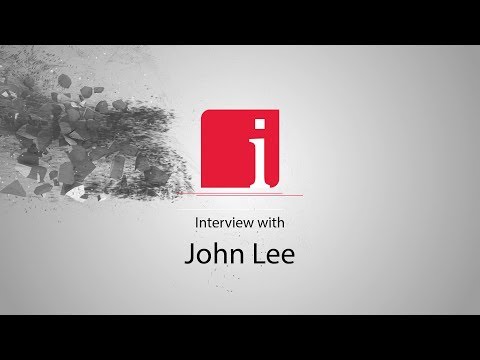 March 28, 2018 – “They are very eager to advance this project forward. In fact the state of Nevada at the PDAC conference in Toronto just a week ago had the Gibellini project front and center on the first page of their brochure.” states John Lee, CEO and Chairman of Prophecy Development Corp. (TSX: PCY | OTCQX: PRPCF), in an interview with InvestorIntel’s Peter Clausi.

Peter Clausi: Last time we chatted I think was in December.

John Lee: Around that timeframe; 3 or 4 months ago, yes.

Peter Clausi: A lot has happened to the project since. First we should remind our viewers it is a vanadium project. You have three of them, but we are really talking about one of them. It is in the lovely mining friendly state of Nevada. It has some advanced permitting on it from prior owners.

John Lee: That is correct Peter.

Peter Clausi: Tell us, what is the project called?

John Lee: The project’s name is Gibellini. It is located just about 20 miles south of Eureka in the southern Battle Mountain region in northeastern Nevada.

Peter Clausi: What is happening at the project now?

John Lee: Peter when we last talked the project really has 4 competitive differentiators. The project is ideally located. According to the Fraser Institute it is one of the best places to do mining investments in North America. That has not changed.

Peter Clausi: Nevada it is a great jurisdiction.

John Lee: Yes. The price of vanadium has gone up 40% since January. Any addition to that is thanks to Donald Trump’s tax policy. The corporate tax rate has dropped from 35% to 21%. The project has a feasibility study that was prepared by the previous operator and which we would expect to announce a revision. The numbers so far look very, very promising. You have a lower tax rate and higher metal prices that bode very well for the project going forward. Not to mention, I think the other thing is on the permitting, the previous operator also did extensive baseline studies. Nevada, even though it is mining friendly, but the permitting aspect is not for the faint hearted. We had a huge leg up in that baseline studies and plan of operation had been submitted and deemed accepted by the Bureau of Land and Management. I was just in Nevada. We sat down with these guys. They are very eager to advance this project forward. In fact the state of Nevada at the PDAC conference in Toronto just a week ago had the Gibellini project front and center on the first page of their brochure. We felt like the permitting side is also making some advances as well as the feasibility study, which we are looking to publish a revision very soon within the next 30 days.

Peter Clausi: You had some pretty good news come out today. It is the kind of news that some people will overlook and fail to understand why it is so important. Tell us about that.

John Lee: Even though there is doldrums in this metals market we generated a bit good volume. This morning we announced the news of our technical partnership with a company called NWME, Northwest Nonferrous Mining Company…to access the complete interview, click here