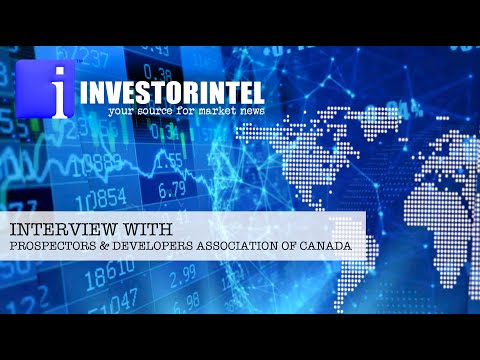 In a recent InvestorIntel interview, Peter Clausi spoke with Felix Lee, President of PDAC about the convention that just kicked off earlier this week and the role of PDAC in promoting miners interest around the world.

In this InvestorIntel interview, which may also be viewed on YouTube (click here to subscribe to the InvestorIntel Channel), Mr. Lee starts with: “The show is off to a great start.”

Mr. Lee pointed out that most people think of PDAC as a convention but the organization exists as an advocacy body. He said that the organization works very hard to support and promote a vibrant, competitive, and responsible minerals exploration industry. They also work with the Canadian federal government to enact policies that benefit the industry. “We are poised to play a very critical role in the transition of Canada’s economy to a low carbon future,” Mr. Lee added.

Prospectors & Developers Association of Canada (PDAC) is the leading voice of Canada’s mineral exploration and development community since 1932. With over 7,200 members around the world, PDAC’s work centres on supporting a competitive, responsible mineral sector. The annual PDAC Convention is the world’s premier international event for the minerals and mining industry. It has attracted more than 25,000 people from 135 countries in recent years.