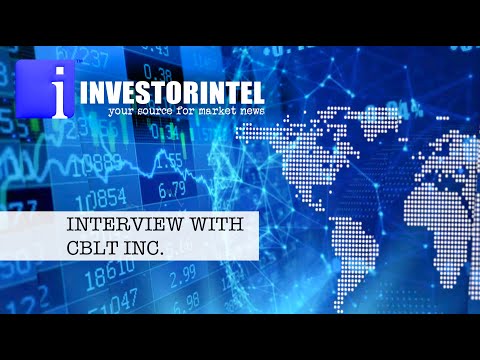 In a recent InvestorIntel interview, Tracy Weslosky asks Peter Clausi, President, CEO and Director of CBLT Inc. (TSXV: CBLT) to explain what he meant by his line that “a mining company can make more money with a pen than with a drill bit.” He responds on how this works with market cycles and then adds that as a result of their focus on strategic M&A activities that “CBLT has not had to do financing since 2016.” He then goes on to explain how CBLT has found creative M&As to make money for their shareholders.

In this InvestorIntel interview, which may also be viewed on YouTube (click here to subscribe to the InvestorIntel Channel), Peter went on to say, “Two years ago, CBLT bought a portfolio of assets for little over $1 million in stock. Northshore gold was one of the assets in the portfolio which was sold for $1.45 million.” He also provided an update on the Big Duck Lake gold property on which Peter said “…is analogous to the Moose Lake Porphyry which hosts the Hemlo Gold Camp.” Commenting on the cobalt market Peter said, “If you believe that we are going to greenify the world, if you believe that there is a run on Lithium — then you have to believe that there is a run on cobalt.”

CBLT Inc. is a Canadian mineral exploration company with a proven leadership team, targeting cobalt and gold in reliable mining jurisdictions. CBLT is well-poised to deliver real value to its shareholders.

Disclaimer: CBLT Inc. is an advertorial member of InvestorIntel Corp.