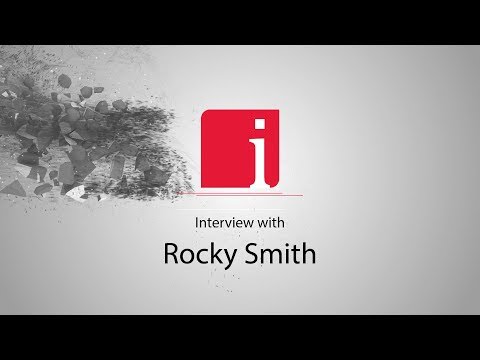 March 23, 2018 – “But Tanzania is getting ready to start working the backlog of mining licenses and we get that from the mining minister, the deputy mining minister and the commissioner of mining” – said Rocky Smith, CEO of Peak Resources Ltd. (ASX: PEK), in an interview with InvestorIntel’s Peter Clausi.

Peter Clausi: The rare earths are an interesting market right now given the electric vehicle movement. Which rare earths does Peak Resources mine?

Rocky Smith: We mine all of the rare earths, but the primary rare earths in our operation are going to be NdPr – neodymium-praseodymium. They represent about 23% of our total rare earth composition.

Peter Clausi: What are the other ones?

Rocky Smith: Like most rare earth operations, you get about everything, everything comes. There is 15 rare earth elements. The primaries are always cerium and lanthanum, but you always get all of them. In our case the mids and heavies only represent about 1% of the total so they are really not worth that much to talk about.

Peter Clausi: Cerium is not really a rare earth. It is a rare earth, but it is not that rare. It is about as plentiful as copper.

Rocky Smith: Yes. Well, rare earths are really not that rare in the crust of the earth, but harder to find them in concentrations that you can actually recover them from.

Peter Clausi: The economics of mining. You have two projects underway right now.

Peter Clausi: To my ear it sounds expensive to ship concentrate that far away. Why would you not just build on site?

Rocky Smith: The cost of shipping the reagents to the site would be about five times the cost to ship the concentrate to the reagents. So in this case the availability of a (inaudible) production and we actually do it as a by-product acid source. That is not available in Tanzania. If you were to try to process everything in Tanzania then you would have to ship five tons of reagents to Tanzania for every ton of concentrate that you would have shipped to the U.K. if you would have done it in the other direction.

Peter Clausi: Yeah, that is not very economic. Speaking of economic, you put out a project update in October of 2017 with some very impressive numbers. I saw pre-tax NPV of $914 million U.S. dollars.

Rocky Smith: Yes. When we got done with the bankable we started really taking a hard look at the numbers and we noticed that we had some high reagent costs, particularly in the floatation areas in Tanzania. We went back and screened that particular area more diligently. We found that there were some opportunities there. We looked at different reagents that were less expensive, which was good, but we also found that the reagents that we were using actually performed so much better than the one that we had in our BFS that we were able to bring more material through the same size plant. The effect of which was we had about a 15% increase in capacity through the plant, which of course affected the economics.

Peter Clausi: When do you think that plant will be constructed and operational?

Rocky Smith: All the construction is really pending, the permits coming through in Tanzania and the required financial raise, so whenever those happen we will start. That will take us about 15 to 18 months to build both these plants. It’s a little bit difficult for me to say exactly when these other two things are going to happen. We’re making some progress in Tanzania. It’s been since July last year when they changed the mining law. Everyone kind of stopped their process. But Tanzania is getting ready to start working the backlog of mining licenses and we get that from the mining minister, the deputy mining minister and the commissioner of mining. Everyone is pretty much saying the same thing that they’ve got to set this commission, once that happens they will start working through this long list of mine projects that are there…to access the complete interview, click here