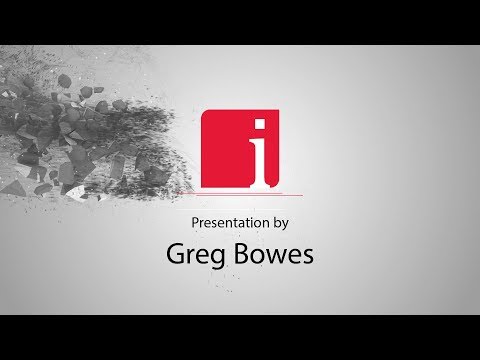 May 30, 2018 – “Why should you be interested in graphite? As I mentioned earlier, graphite is the anode material in lithium-ion batteries. That is a $20 billion dollar a year business that is growing at over 20% a year. That chart is historical. That is not a forecast.” states Gregory Bowes, CEO and Director of Northern Graphite Corp. (TSXV: NGC | OTCQX: NGPHF), in a recent presentation at the 7th Annual InvestorIntel Summit – Buds, Batteries & Blockchain 2018.

Gregory Bowes: Northern Graphite is a company that is based in Ottawa, Canada. We have about 65 million shares outstanding. We consider that we have the best new graphite project. I am sure everybody says that so my job today is to convince you why it actually might be true in our case. It starts with location. If any of you want to do a site visit you can jump in a car and you would be there in 4½ hours. It is between North Bay and Ottawa, off the Trans-Canada Highway. It has a reasonable capital cost. It has a realistic production target relative to the size of the market. It is the highest percentage of the more valuable large flake production. It has the lowest marketing risk of any new project. It has the highest margin and the best economics. It is not a junior exploration story. We have a full feasibility study and we have our major environmental permit. The next step is $100 million dollars Canadian and building a mine. We have developed a patent pending battery material technology, which I will tell you a little bit more about, which converts that graphite mine concentrate or helps convert it into the anode material for lithium-ion batteries. Why should you be interested in graphite? As I mentioned earlier, graphite is the anode material in lithium-ion batteries. That is a $20 billion dollar a year business that is growing at over 20% a year. That chart is historical. That is not a forecast. As usual the best investment advice comes from looking around you. We all know the proliferation of personal devices, cameras, cell phones, laptops. All of that market is driven by lithium-ion batteries. This is lithium-ion battery manufacturing capacity that is in the pipeline. It is set to quadruple by 2021. If that happens we are adding 300 gigawatt hours of production capacity. You can see at the bottom that would require a doubling of annual graphite production. Even if these plants were only to operate at 20% or 30% or 40% of capacity due to lower than expected growth in EVs, you would still need multiple new graphite mines. This is a little bit of a comparison. The three main battery minerals are graphite, lithium and cobalt, obviously. The different in the graphite market you can see it is quite a bit bigger than the other two. In terms of battery demand, it still has not got to where the other two are yet. That is one of the reasons that the graphite price has not performed as well, nearly as well, as lithium and cobalt. The interesting story is that if you add 100 gigawatt hours of battery manufacturing capacity or demand, you are looking at 160% increase in graphite demand so there is much greater leverage there than there is in the other two minerals. That leverage comes from two factors that people do not often consider. You talk about how much lithium you need and how much graphite you need in a battery…to access the complete presentation, click here