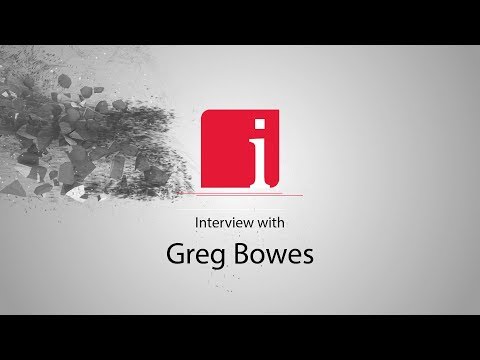 March 23, 2018 – “We were the original new graphite company a number of years ago. We have been at this a little longer than everybody else. As a result of that we have a project that has a full feasibility study. We have our major environmental permit.” – states Gregory Bowes, CEO and Director of Northern Graphite Corp. (TSXV: NGC | OTCQX: NGPHF), in an interview with InvestorIntel’s Andy Gaudry.

Andy Gaudry: Thank you very much for coming. How is PDAC treating you this year?

Gregory Bowes: Pretty good. It is a little more upbeat than last year.

Andy Gaudry: That is wonderful. We are talking lithium batteries.

Gregory Bowes: Yes we are.

Andy Gaudry: Can we touch more on that please?

Gregory Bowes: Yes. I think graphite is a little bit underappreciated. We hear a lot about lithium and we hear a lot about cobalt. The price of both of those minerals has appreciated substantially. The third major battery mineral is graphite. Graphite is the anode material in the battery. You cannot have a lithium-ion battery without graphite. By weight there is 10 times more graphite than there is lithium in a lithium-ion battery. Elon Musk himself said it should be called a graphite-nickel battery.

Andy Gaudry: Really? Interesting, I did not hear that. Now to your project, it is quite technologically advanced. Can you please touch on that?

Gregory Bowes: Yes. We were the original new graphite company a number of years ago. We have been at this a little longer than everybody else. As a result of that we have a project that has a full feasibility study. We have our major environmental permit. We could probably be in construction late this year or early next year. The next step is $100 million dollars Canadian in financing to build the mine. This is not a junior exploration story. This is a predevelopment story.

Andy Gaudry: That is wonderful. What kind of strategy will you be using moving forward with that technology?

Gregory Bowes: The basic mine itself produces a concentrate. In order for that material to be used in batteries it has to go through various upgrading manufacturing type steps. All of that is currently done in China. A key step is purification and they use hydrofluoric acid, which is a very nasty substance. If you want to produce anode material for batteries in the West you need an alternative process. We filed a patent in January on a proprietary purification process that we developed. The thing that makes that unique is that Hatch Engineering, which is one of the world’s preeminent process engineering companies, is the co-inventor on that patent and our technology partner. That is pretty strong third-party endorsement that we have something that has a real chance of being a commercial process that can compete with the Chinese…to access the complete interview, click here