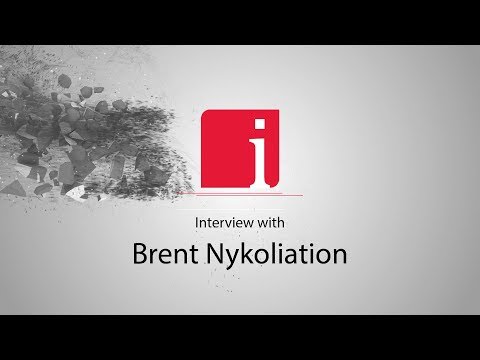 March 15, 2018 — “This has never been done before in mining where the full mine has been built in a modular form. This is game changing to us because this can be applied in any jurisdiction, any commodity.” states Brent Nykoliation, Senior Vice President of Corporate Development at NextSource Materials Inc. (TSX: NEXT | OTCQB: NSRCF), in an interview with InvestorIntel’s Peter Clausi.

Peter Clausi: We are talking about Madagascar and we are talking about NextSource Materials, which has a graphite deposit in Madagascar. Let me set the scene. People come in to talk about mining. I ask about 43-101s. We did this before the interview and you told me you actually had a full feasibility study and you are in development for your mill now.

Brent Nykoliation: Yes. The mine right now, we are raising the money. We have been in Madagascar 10 years, done 2 feasibility studies, recently updated our feasibility study in June, which we announced to the market we are building the world’s first fully modular mine.

Peter Clausi: Pause there. The old one called for $200 million of capex.

Brent Nykoliation: $20 million. Now the volume is 50,000 originally. We are bringing it down to 17 as a Phase 1. Phase 2 will be the full 50,000 tons a year, which makes even a 17,000 ton mine still probably the fourth largest in the world. This is very high-quality. All our graphite has been tested already by end-users. It has been verified. Our stage right now is to raise the $20 million dollars U.S. to build the mine. We can have it up and running in 9 months’ time. How we can do that is because it is modular. It is being built off-site. It will then be sent to Madagascar, constructed, reassembled in about 30 days’ time.

Brent Nykoliation: Yes, we do not have to house all these expensive— It is 1,500 people was original to bring them down to Madagascar; feed them, sanitation, house them. Now we can build it off shore in a first world country. People go home to their families at night. Then it gets shipped. This is incredibly, incredibly efficient. That is one of the biggest savings for us is to be able to have it sent. It is basically connected like a Lego set. This has never been done before in mining where the full mine has been built in a modular form. This is game changing to us because this can be applied in any jurisdiction, any commodity. It is a derisking exercise. It is a proof of concept. When we build this phase then we intend on using it to do our other opportunities, which are vanadium. We have the big vanadium deposit as well 10 kilometers away from our graphite…to access the complete interview, click here