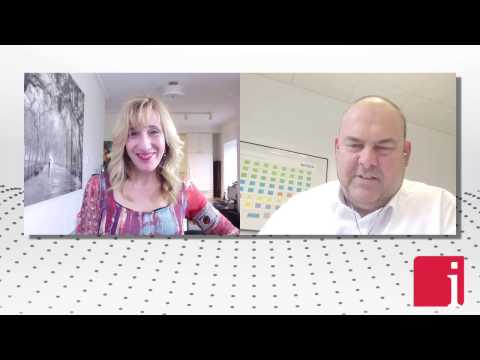 The New World of Graphene

Mark Thompson, Managing Director of Talga Resources Ltd. (ASX: TLG) in an interview with InvestorIntel’s CEO Tracy Weslosky discuss the industrial applications and the commercialization of graphene. A layer of crystalized carbon made through the thinning of graphite, graphene is essentially graphite’s stronger cousin. The similarities between the two forms of carbon have made the injection of graphene into the commercial market a straightforward process, pulling a graphene future into the present. From the home of their pilot plant in Rudolstadt, Germany, Mr. Thompson gives us one such example: carbon fibre components in airplanes and cars will be lighter and stronger, meaning better mileage per gallon of gas.

Tracy Weslosky: Mark I’m speaking to you right now in Germany where you’ve been speaking on graphene.  Can you tell us a little bit more about what your presentation was on?

Mark Thompson: It was really an update on the bulk commercial applications of graphene, so where the product is at, that we’re moving from the raw materials into the actual product space so applications in concrete or plastics or paint coatings. It was really an update on that here on some of the technical groups, which I can visit on my pathway to our pilot plant, which is here in Rudolstadt, Germany.

Tracy Weslosky: Mark thank you so much for stepping in and helping us explain to our audience because I’m amazed at how many people still do not understand what graphene is. Can I get you to just give us an overview of what this amazing critical material really is?

Mark Thompson: Sure Tracy. Well, it’s a layer of crystalized carbon. In its purest form it’s one layer, but in industrialized applications it can be 10, 20, 5 different thick layers. What it is different to graphite is that graphite’s got many, many, many layers and it’s very slippery and it’s got certain things that it does very well. When you make it thinner then it becomes graphene. Essentially it’s just a thinner version. Then the properties change. Its electrical properties, its strength properties they actually tend to increase. Graphene is like a super form of graphite. It can actually do all sorts of things much better than graphite or things graphite can’t do. That’s what’s exciting about it is that after 400 years of people knowing what to do with graphite, you’ve now got a new world where they’ve only had this material for about 10 years. It’s capable of altering a lot of products in different ways…to access the complete interview, click here

Dr. Dube on competitive graphene technology and the recent testing partnership between ZEN, the Royal Canadian Navy and Evercloak

In a recent interview with InvestorIntel, Tracy Weslosky speaks with Dr. Francis Dube, CEO and Director of ZEN Graphene Solutions […]

Dr. Francis Dube on the advancement of mask technologies and ZEN’s graphene based virucidal ink with 99% efficacy

“We had an AGM with Alkane where shareholders voted 99.95% in approval to de-merge. The rationale is very simple. The […]