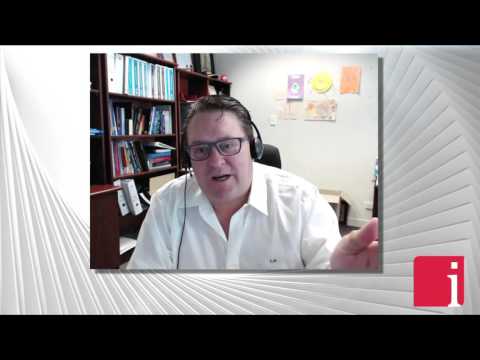 March 28, 2016 — In a special InvestorIntel interview, Publisher Tracy Weslosky speaks with Chris Reed, Managing Director of Neometals Ltd. (ASX: NMT) about the +347% rise in share price in 2015, being one of the leaders in the junior lithium market and more on the offtake partner and equity partner deal with China’s leading lithium producer Ganfeng. They also discuss Chris’s upcoming keynote presentation in Toronto on May 10-11th at the 5th Annual Cleantech & Technology Metals Summit and how the electrification of transport mandate in China has caught the lithium market in a short position.

Tracy Weslosky: You’re basically the leader in the lithium market right now. You’ve come such a long way in a short period of time. Let me just start by congratulating you on being up +347% last year.

Chris Reed: Thank you very much. I just have to correct that we’re probably one of the leaders in the junior lithium market. We’re not yet a producer, but looking forward to joining the ranks very soon.

Tracy Weslosky: Well, yes and thank you for clarifying that. I’d like to congratulate you on rewarding your shareholders. You’ve just recently done a return to shareholders and an on-market share buyback. I’d love it if you’d start by telling our InvestorIntel audience how they’ll be rewarded by being a shareholder at Neometals.

Chris Reed: In Neometals we’ve taken the opportunity and needed to sell down some equity to bring in China’s leading lithium producer, Ganfeng, as an offtake partner and an equity partner in the project. As we’ve sold down in two tranches so far we’ve built up quite a good war chest. At the end of the month it will be about $68 million Australian dollars. Now that’s far in excess of what we need to retain a prudent level of cash, so we are looking to return some of the cash to our shareholders. As we’re coming into production we want to give something that’s potentially sustainable so we’re giving back two cents a share. Then we are conducting an on-market buyback to reduce the number of shares we’ve got on issue.

Tracy Weslosky: So Chris, in addition to being a fantastic leader in the lithium market you were recently speaking at our Technology Metal Summit, and you wrote that the steak (in the lithium market) is really in a renewable energy storage, solar and wind and I’d really love for you to comment further on this idea.

Chris Reed: I think I said the steak was in renewable energy storage and the electric cars were the sizzle. In terms of the volume of lithium, you know, we see the growth in the amount of lithium battery or energy storage as a whole being really more driven from renewables as opposed to the electric car. Yes, the electric car it’s got to compete against more efficient fuel cars that we’re getting now. You’ve got the small turbocharged diesel engines and they use a fraction of the fuel they used to. We still think electric and hybrids are very, very compelling. Certainly the Chinese committing to the electrification of transport and in a very short period time going from perhaps a third of what the Americans produced last year and this year they could double or triple the electric cars sales that the U.S. do is very very positive and has caught the market in a short position …to access the complete interview, click here