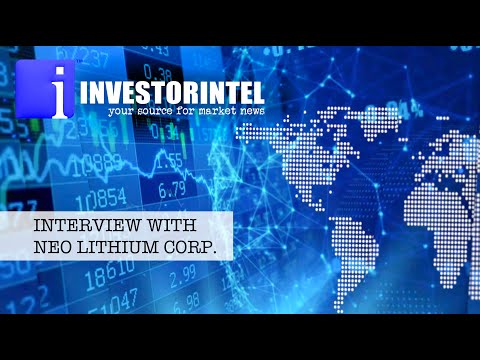 CATL is one of the largest battery manufacturers for electric vehicles in the world which made a strategic investment in Neo Lithium in September last year. In this InvestorIntel interview, which may also be viewed on YouTube (click here to subscribe to the InvestorIntel Channel), Gabriel went on to say that CATL is expanding its plants globally and “for every one of those plants they will need more materials. That is why they are talking to us about lithium.”

Neo Lithium was recently named to the 2021 OTCQX® Best 50. Speaking on the competitive advantages of Neo Lithium’s 3Q Project, Gabriel said that it is a high-grade lithium brine project which is “one of the lowest impurity projects in the market” which allows for efficient lithium carbonate production.

The 3Q Project is located in Catamarca Province, the largest lithium producing area in Argentina covering approximately 35,000 ha including a salar complex of approximately 16,000 ha.