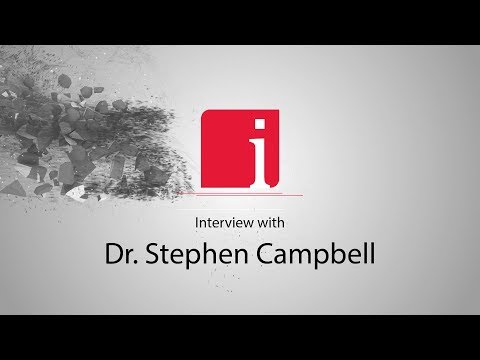 March 19, 2018 – “As the market expands drastically for battery electric vehicles there is a potential for looking at that technology again and we have a new process that we believe is much better, much more efficient and makes better material,” states Dr. Stephen Campbell, Principal Scientist for Nano One Materials Corp. (TSXV: NNO), in an interview with InvestorIntel’s Peter Clausi.

Peter Clausi: Principal scientist implies a PhD. What is your doctorate in?

Peter Clausi: How long have you been in the field?

Stephen Campbell: Always. Every day there is something new.

Peter Clausi: As principal scientist you guide a team of researchers at Nano One.

Stephen Campbell: I have a very great team of people in Nano One. They do great things.

Peter Clausi: How many people are on the team?

Peter Clausi: What is the biggest project you are working on today?

Stephen Campbell: The biggest project we are working on is the commercialization of our process to make cathode materials for lithium-ion batteries. We have a number of different materials. The high-nickel materials is a big interest so is the high-voltage spinel materials.

Peter Clausi: Now the lithium-ion batteries have been in existence really since late 1970s, commercialized in early 2000s. You are saying you have a new process for the lithium side or the cathode side of the battery?

Stephen Campbell: The cathode material side of the battery, the technology that was invented in the 1970s. As the market expands drastically for battery electric vehicles there is a potential for looking at that technology again and we have a new process that we believe is much better, much more efficient and makes better material.

Peter Clausi: What is the difference?

Stephen Campbell: The difference is that the traditional way is very much a solid state reaction. The lithium and cobalt you just grind the two together and fire it whereas we mix our metals together in solution and then fire them all later so the firing time is much shorter.

Peter Clausi: Do you think they will make for a longer lasting battery?

Peter Clausi: Does that have the same memory fatigue that you find in other lithium-ion batteries?

Stephen Campbell: Similar, but it is better. They suffer from the same.

Peter Clausi: So the fatigue is actually less not better.

Stephen Campbell: Yes, it is. It depends how you say it. The battery is good, not bad.

Peter Clausi: How close are we to commercialization?

Stephen Campbell: Very close. We have a process. We have a pilot plant where it is scalable. We proved it…to access the complete interview, click here