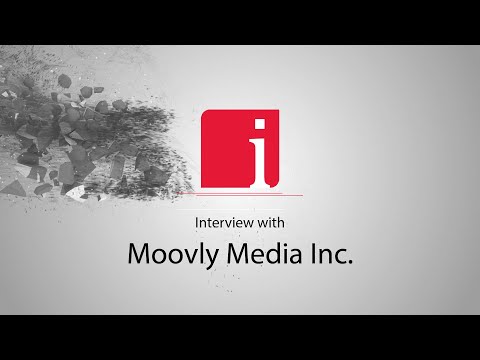 “Traditionally companies, large and small, had to go to agencies and were charged a lot of money to make video content because they didn’t have skills in-house or they didn’t have the ability to pay for that. We have democratized that through the use of technology and licensed digital assets from other companies and produced a tool that allows anyone who can drive a mouse or man a keyboard to be able to make rich multimedia content.” States Brendon Grunewald, Co-founder and CEO of Moovly Media Inc. (TSXV: MVY), in an interview with InvestorIntel’s Tracy Weslosky.

Brendon went on to say that Moovly allows people to make a video to either promote or explain their product, company or service in a very simple and easy way by using the native editor or templates which are prebuilt in the platform. He said that the company was able to secure the Amadeus IT Group contract after a competitive evaluation process. Moovly has three million users and has already become revenue positive and expects to become cashflow positive in 2020.