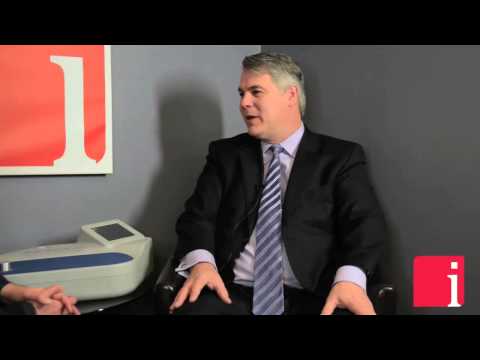 January 27, 2015 — Tracy Weslosky, Editor-in-Chief and Publisher of InvestorIntel speaks to Christopher Moreau, President, CEO & Director for Miraculins Inc. (TSXV: MOM) about the Scout technology, a non-invasive diabetes test and their recent $90mm value deal with a Chinese pharmaceutical company. They also discuss the significant milestones for 2014 and looking ahead as Miraculins focuses on diagnostic tests and risk assessment technologies for unmet clinical needs.

Tracy Weslosky: Chris, I’m very excited to speak with you because, first of all, I love the stock. This is MOM, M-O-M on the TSX Venture Exchange. Of course, your most recent news release is about your accomplishments for 2014.Why don’t we start there?

Christopher Moreau: Okay, let’s. Our first major accomplishment for 2014 was the signing of an up to $90 million deal value with a Chinese pharmaceutical company. This is a company that reached out to Miraculins when we acquired the Scout technology. They have distribution of pharmaceutical and small medical devices in the Chinese hospital market. They contacted us when we acquired the Scout. They said they had been following the technology for some time and they wanted the rights to China. After a number of trips to the Chinese market and working out the best possible distribution deal we announced a deal in August. That deal includes a milestone upfront payments, a $15 million dollar guaranteed order when we achieve Chinese FDA clearance, which we are anticipating to happen in the next 12 to 16 months and an additional $15 to $20 million per year to maintain their exclusivity in years 2, 3, 4 and 5. It’s a major deal for Miraculins. It’s the first time we can actually point to a potential revenue stream that is contractually— is part of a contractual agreement.

Tracy Weslosky: For everyone out there, we have a junior with cash and you heard that correct, a $90 million dollar deal from last year. Let me back you up. Can you tell us who is Miraculins? And, tell us just a little bit about yourself.

Christopher Moreau: Miraculins is a Canadian-based medical device company. Our focus is non-invasive diagnostic tests and screening tests. We have two lead technologies. One is a technology for cholesterol, tissue cholesterol called PreVu. It’s a 5 minute test. We don’t need a blood drawn. You don’t need to fast. Tissue cholesterol is an independent risk factor for heart disease. Our second lead technology is the Scout. This is the world’s first no blood drawn, no fasting screening test for pre-diabetes and type 2. We have 38.7 million shares out in terms of our corporate structure. We just closed a financing for 1.3 million in December. That’s a 50,000 foot view of Miraculins.

Tracy Weslosky: Alright, so we have the big deal in China. I just want to take you back now to the most recent new release because you mentioned all — in the news release, all your accomplishments for the highlights for 2014. I actually think that there was more in addition to that large deal.

Christopher Moreau: There were. In 2014 the financial markets were difficult so access to capital was tough. We did have to focus our initiatives. Two or three other accomplishments for us in the year, we interfaced with the U.S. FDA. The Scout is approved in Canada and it’s cleared for sale in Europe. The discussions we had with the FDA in the U.S. was to try to clarify what the best regulatory pathway is for the Scout. Having met with the FDA on a number of occasions, we plan to go back to them.  The FDA has an…to access the rest of the interview, click here

Disclaimer: Miraculins Inc. is an advertorial member of InvestorIntel.

“Our (AI) technology works, its in production (CARA). We are fully funded….the markets we are going after are extremely big…” […]