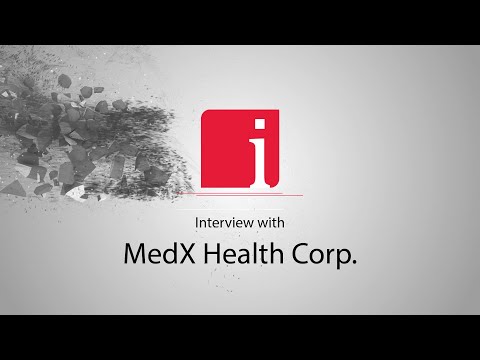 “Our system is a proper SaaS model. We have an optical scanner (SIAScopeTM) that will take an image of a mole or a lesion that is suspicious. Our differentiator is that it goes 2mm below the skin, therefore, it takes perfect view not only on the surface but below the skin as well. We have a telemedicine platform that will send a patient’s health information along with the image to a dermatologist for a proper assessment.” States Mike Druhan, Vice President of Corporate Development at MedX Health Corp. (TSXV: MDX), in an interview with InvestorIntel’s Peter Clausi.

Mike went on to provide an update on MedX Health’s recent purchase order for 500 SIAScopeTM units for deployment on its DermSecureTM telemedicine platform from its exclusive Brazilian distributor. He said that the order is the single largest order in the company’s history. He continued by saying that the initial hardware order is close to a million dollar and after the devices have been deployed the company will get anywhere between $1.6 to $2 million a year as recurring revenue.