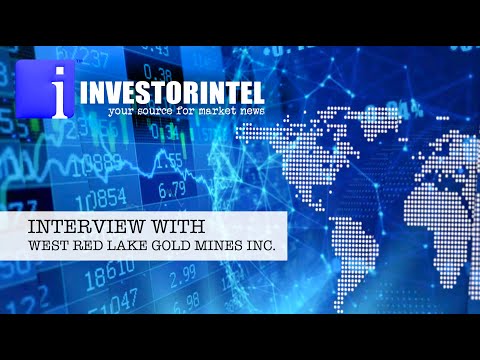 In an InvestorIntel interview that can also be viewed on our InvestorIntel YouTube channel, Tracy and Tom discussed West Red Lake Gold’s drill results with several high grade gold intercepts including 5.91 gpt gold over 6 meters.

“We are in Red Lake which is one of Canada’s best-known gold mining districts,” Tom said. “It was the foundation of Goldcorp which created tremendous amount of value for its shareholders and we are about 20 km away from that significant deposit.” Commenting on the gold market, Tom said, “The central banks around the world are printing money. What that does is that it enhances the value of gold.”