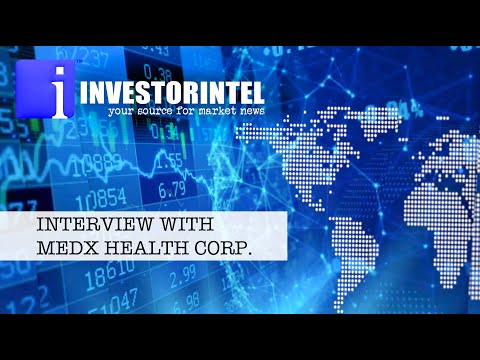 “Nobody should ever die from skin cancer,” said Robert. “Unfortunately people still do, and we have technology to solve that problem.”

“MedX is in the teledermatology space, so we are sort of a specialized version of telemedicine,” Mike said in the interview. “Our ability to go 2mm below the skin and catch a spectrophotometric view of the disorganization under the skin is our hallmark differentiation. Other competing technologies have about 40% rejection rate on the image quality. Our technology does not have a rejection rate because every image is absolutely perfect.”

Pointing to their dermatologist-designed questionnaires that form a part of MedX’s telemedicine platform, Robert said the advantage is that “dermatologists can very quickly, and time-effectively assess a patient’s condition, the surrounding area condition and if it is a mole or lesion, which is potentially cancerous. It is a very powerful platform that can be deployed anywhere.”